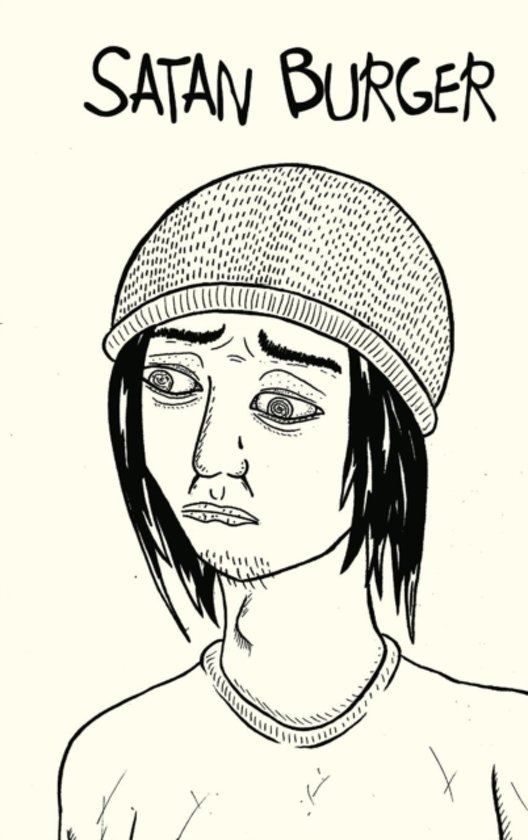 When Satan Burger was first being passed around among teenage punks and fans of weird art and film, there was nothing else like it. A book of rebellious spirit that simplistically captured the postmodern malaise of a culture obsessed with consumerism. It quickly gained an underground following, was transcribed by fans and bootlegged online, was translated into Russian and made its way around the world attracting the attention of readers bored with typical mainstream fare. Combining a satirical wit and style on par with legendary humorists such as Kurt Vonnegut and Russell Edson with the crazy punk ethos of cult film directors such as Terry Gilliam, David Lynch, and Takashi Miike, this was a book overflowing with so many new ideas and absurd philosophies that it not only launched the career of underground author Carlton Mellick III, but inspired an entire literary movement.
For the fifteenth anniversary of the release of this Bizarro Fiction classic, Eraserhead Press is thrilled to present this special hardcover edition, featuring an introduction by splatterpunk legend John Skipp, illustrations by Ryan Ward, and a new preface by the author.
Satan Burger explores a new kind of apocalypse. Not an apocalypse caused by disease or nuclear war, but an apocalypse of boredom. A plague of monotony has spread across the countryside, sucking all passion and inspiration out of everyone over the age of twenty-five, leaving only the disenfranchised youth to fend for themselves in a world crumbling around them. Featuring a narrator who sees his body from a third-person perspective, a man whose flesh is dead but his body parts are alive and running amok, an overweight messiah, the personal life of the Grim Reaper, a race of women who feed on male orgasms, and a motley group of squatter punks that team up with the devil to find their place in a world that doesn't want them anymore.
Toon meer Toon minder