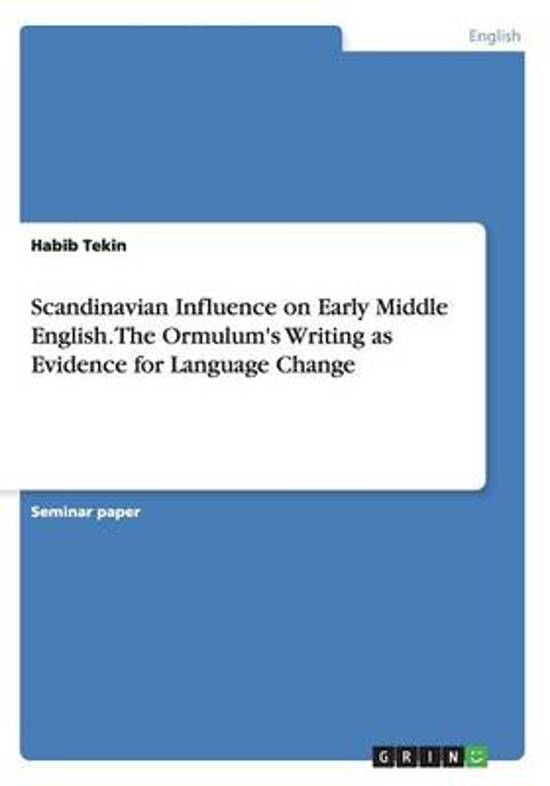 Seminar paper from the year 2013 in the subject English Language and Literature Studies - Linguistics, University of Mannheim (Anglistische Linguistik), course: Introduction to diachronic Linguistics, language: English, abstract: The Early Middle English is regarded as a transitional period. Noteworthy occurrences happened at that time, however in this term paper we will focus on the Scandinavian language, which had its huge impact on English. More precisely, we will deal with a specific sort of an Early Middle English text, known as the "Ormulum" and analyse there in syntactic and non-syntactic evidence for language change. ...] The paper starts with the historical background of Old English, continues with the introduction of the Ormulum and proceeds with the main part. The main part is divided into two larger sections. One of them deals with the analysis of non-syntactic phenomena in linguistic disciplines like lexis and phonology whereas the other part analyses formal phenomena such as the syntax. The latter is also divided into two parts; on the one hand, the new grammatical items and on the other hand, the various word orders in the Ormulum text.
Toon meer Toon minder