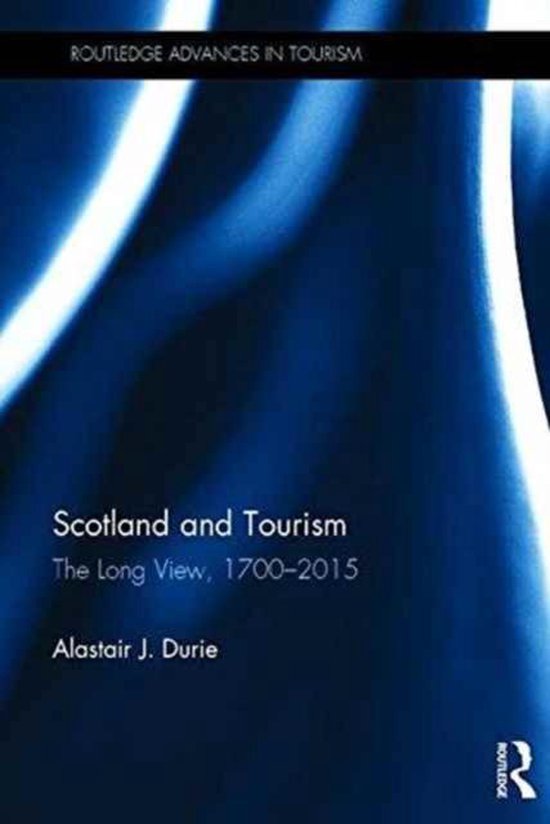 Tourism has long been important to Scotland. It has become all the more significant as the financial sector has faltered and other mainstays are in apparent long-term decline. Yet there is no assessment of this industry and its place over the long run, no one account of what it has meant to previous generations and continues to mean to the present one, of what led to growth or what indeed has led people of late to look elsewhere. This book brings together work from many periods and perspectives. It draws on a wide range of source material, academic and non-academic, from local studies and general analyses, visitors' accounts, hotel records, newspaper and journal commentaries, photographs and even cartoons. It reviews arguments over the cultural and economic impact of tourism, and retrieves the experience of the visited, of the host communities as well as the visitors. It questions some of the orthodoxies - that Scott made Scott-land, or that it was charter air flights that pulled the rug from under the mass market - and sheds light on what in the Scottish package appealed, and what did not, and to whom; how provision changed, or failed to change; and what marketing strategies may have achieved. It charts changes in accommodation, from inn to hotel, holiday camp, caravanning and timeshare. The role of transport is a central feature: that of the steamship and the railway in opening up Scotland, and later of motor transport in reshaping patterns of holidaymaking. Throughout there is an emphasis on the comparative: asking what was distinctive about the forms and nature of tourism in Scotland as against competing destinations elsewhere in the UK and Europe. It concludes by reflecting on whether Scotland's past can inform the making and shaping of tourism policy and what cautions history might offer for the future. This prolific long-term analysis of tourism in Scotland is a must-read for all those interested in tourism history.
Toon meer Toon minder