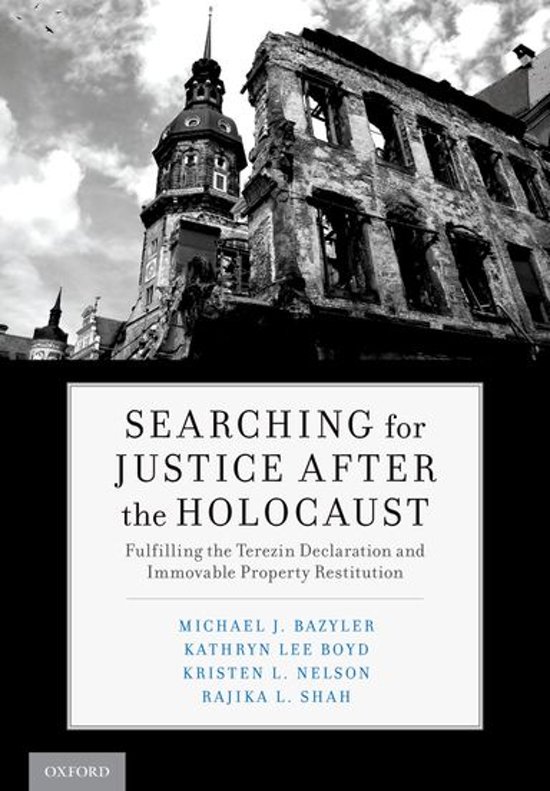 The Nazis and their state-sponsored cohorts stole mercilessly from the Jews of Europe. In the aftermath of the Holocaust, returning survivors had to navigate a frequently unclear path to recover their property from governments and neighbors who had failed to protect them and who often had been complicit in their persecution. While the return of Nazi-looted art has garnered the most media attention, and there have been well-publicized settlements involving stolen Swiss bank deposits and unpaid insurance policies, there is a larger piece of Holocaust injustice that has not been adequately dealt with: stolen land and buildings, much of which today still remain unrestituted. This book is about the less publicized area of post-Holocaust restitution involving immovable (real) property confiscated from European Jews and others during World War II. In 2009, 47 countries convened in Prague to deal with the lingering problem of restitution of pre-war private, communal and heirless property stolen in the Holocaust. The outcome was the issuance by 47 states of the Terezin Declaration on Holocaust Era Assets and Related Issues, which aimed, among other things, to ''rectify the consequences'' of the wrongful property seizures. This book sets forth the legal history of Holocaust immovable property restitution in each of the Terezin Declaration signatory states. It also analyses how each of the 47 countries has fulfilled the standards of the Guidelines and Best Practices of the Terezin Declaration, issued in 2010 in conjunction with the establishment of the European Shoah Legacy Institute (ESLI) to monitor compliance. The book is based on the Holocaust (Shoah) Immovable Property Restitution Study commissioned by ESLI, written by the authors and issued in Brussels in 2017 before the European Parliament.