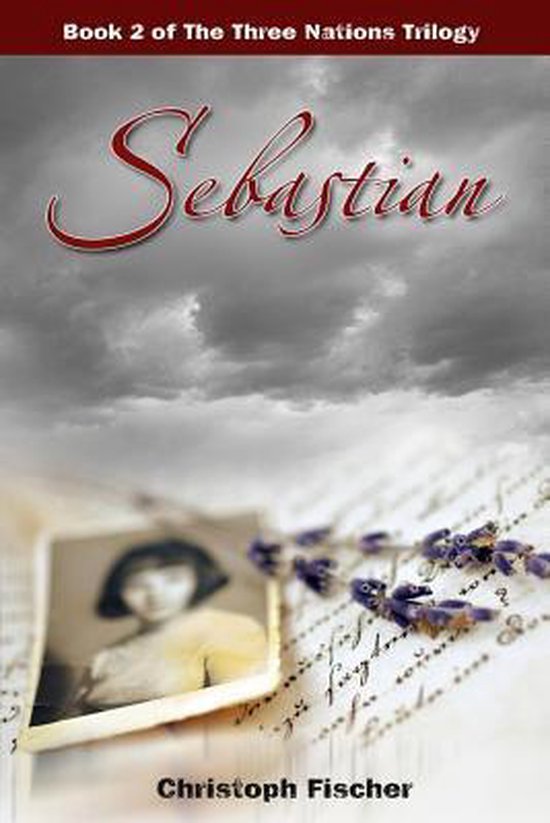 Sebastian is the story of a young man who, due to an unfortunate accident, has his leg amputated shortly before World War I. When his father is drafted to the war it falls to him to run the family grocery store in Vienna, to grow into his responsibilities, bear loss and uncertainty, and hopefully find love.

Sebastian Schreiber, his extended family, their friends and the store employees experience the golden days of pre-war Vienna, the time of war and the end of the Monarchy, while trying to make a living and to preserve what they hold dear.

Fischer convincingly describes life in Vienna during the war years; how it affected the people in an otherwise safe and prosperous location, the beginning of the end for the monarchic system , the arrival of modern thoughts and trends, the Viennese class system and the end of an era.

As in the first book of the trilogy, The Luck of The Weissensteiners we are confronted again with themes of identity, nationality and borders. The step back in time from Book 1 and the change of location from Slovakia to Austria enables the reader to see the parallels and the differences deliberately out of sequential order, so as not to see one as the consequence of the other, but to experience them as the reality it must have felt like for people at the time.

''The strength of this author lies in the choice of his characters, a large ensemble cast around the title character Sebastian. Each of them seems to represent a different class, a social or an ethnic group of the melting pot that is the Habsburg Vienna of 1913.

The family shop with its wide selection of goods and changing staff serves almost as the perfect symbol for the forced Austro-Hungarian state that has run its cause. With much research gone into the setting Fischer however focuses more on the human side of his characters and their conflicts. As before, he never points the finger or favours one group in particular but manages to give a great and authentic feel of the times. Self-doubt and a fear of the future oozes out of most his characters, particularly the physically fragile Sebastian and his family. It seems the old generation is holding on to what they know and what is slipping through their fingers; the young ones are unsure how to be themselves in a modern world where old values are becoming meaningless and their own initiative and expertise will be needed.

With a hint of irony and a love for sentiment and nostalgia Fischer portrays the stubborn heroes, the errant and self-defeating and often silly ways in which the characters trod along in their search for happiness, be that seances, amateur psycho-analysis or risking all for a piece of the past.

This second part of his trilogy is less intense in terms of historic background and has an easier flow of writing. Greatly evolved Fischer gently shows the falling apart of the old order, showing some of the innocence of the time. After having first written a book about the brutal times that follow this is a daring concept that fortunately paid off.

Just like the leg amputated Sebastian has to learn to walk through life with what he has left, so will the new shrunken state of Austria need to find a new stance in a changing Europe.

Having read in an interview that the story is based on his own grandfather makes the story all the more touching and a small piece of history come alive.''
Toon meer Toon minder