Secrets of the Prosperity 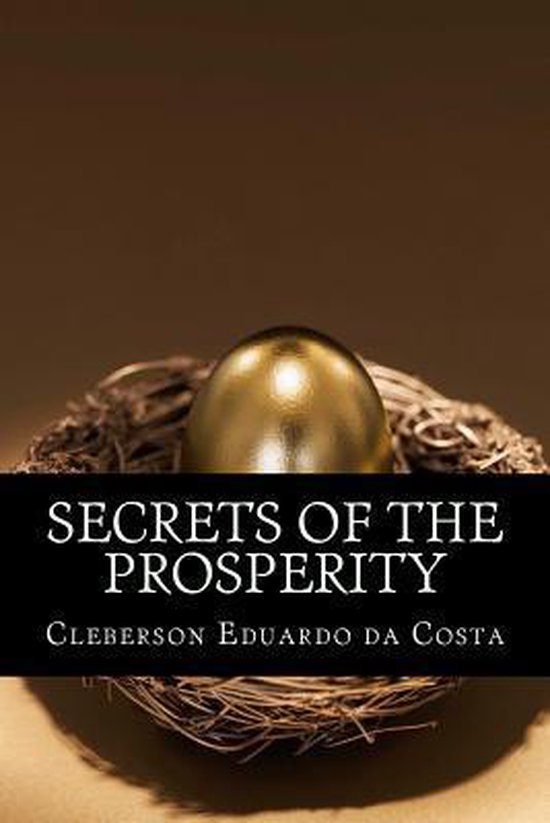 “Secrets of the Prosperity” it is a book of financial education, liberator, in so far as, at the same time in what it boards historically the catastrophic nature of the processes of exclusion social economic, produced shear that the fact is that imperialist of the capital checks, it teaches us creating tools to be able to surpass it without, however, contributing to the increase of the same exclusion. In other words, while many other authors of this area pretend not to want to see the perverse character of the capitalism, in which it refers to the ethics of the concentration of riches more and more in the hands of few ones, provoking the social exclusion, defending the Individualism and the Meritocracy ( ideology of the merit - the competition made as only value of the school); defending the theory of the accumulation of capital; defending the search of the profit at any price, this work does exactly the opposite, in other words, defend the overcoming of é capitalist checks; the overcoming of the exclusion, from the renovation of the understanding of since this exclusion is prosecuted and of the tools development to be able to face it in the direction of the prosperity.While the defenders of the wild capitalism understand the prosperity under the optics of the accumulation and of the concentration of capital more and more in the hands of few ones, this work, however, defends the prosperity in the direction of if “working to learn”; in the direction of “doing what likes itself”; or then in the direction of “learning to like what is done and so to do better”; in the direction of “release of the slavery of the consumption”; in the direction of if “creating investments to be able to reach the financial independence without concentrating capital”; in the direction of “helping others be freeing of the slavery of the capitalism also”. In other words, it would be the same what is able to be cured of the poison of the prick of snake from the serum made from the poison of the snake itself. I.e. to be able to surpass the processes of social and economical exclusion of the capitalism, so much individual how much collective, from the understanding of as the capitalism works and of the tools development to be able to support it not only, creating mechanisms of defense, but also tools to be able to face it of front, to face it, surpassing it.
Toon meer Toon minder