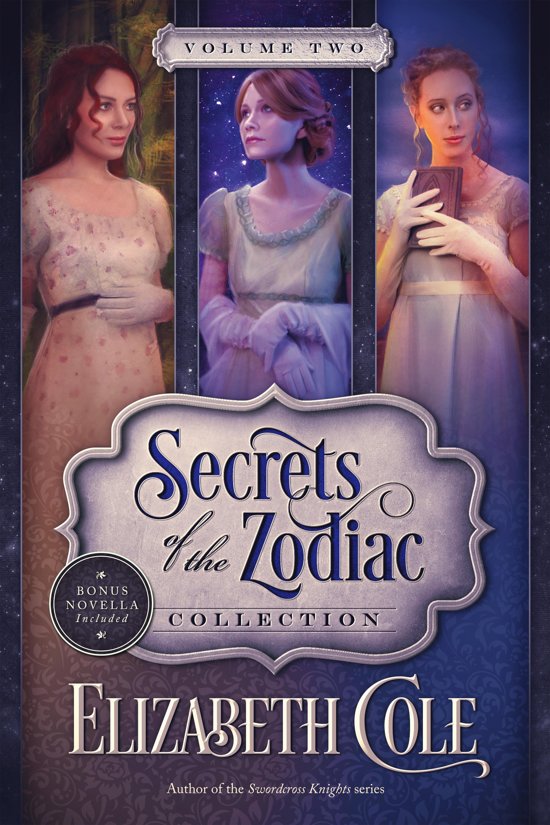 The Secrets of the Zodiac is a series of full-length historical romance novels. Each features sexy storylines, complex characters, and international intrigue, set against the backdrop of the Napoleonic Wars.


Volume Two contains the second three full-length novels in the series: The Lady Dauntless, Beneath Sleepless Stars, and A Mad and Mindless Night.


Gemma Harrington leads a wild, unconventional life among con men and smugglers. She can ride and shoot as well as any man, but she wants to escape the world she's caught in for something better. Then a mysterious gentleman shows up with a daring proposal. If Gemma helps him infiltrate a smuggling ring, he'll take her anywhere his ship can sail.


With shady ancestors and a far-away upbringing, Logan Hartley isn't the typical hero, and that makes him an excellent spy. Logan had to fight for everything he ever wanted: his own ship, his place in the Zodiac, and the respect of his peers. Now he wants Gemma—but he has to stay alive long enough to win her.


As Gemma and Logan follow the trail of a strange criminal, they become targets in a much deadlier game. To expose the truth, they will defy convention and break the rules. And they have to act fast, because their enemies are much closer than they imagine…


Insomnia and a passion for astronomy keep Lady Violet Holloway awake all night. She's content to remain alone with her telescopes and treatises, until an unexpected marriage proposal changes everything. Though she's never met him, Violet is handed off to a lord whose name is only mentioned in whispers.


Alexander Kenyon is the Duke of Dunmere...better known as the Duke of Death, after losing three wives under unusual circumstances. He's learned his lesson about the dangers of falling in love, so this marriage is purely for convenience. He has no time for a bride anyway, no matter how intriguing she is. As an agent of the Zodiac, he is tasked with solving a string of perplexing murders hinting at a political conspiracy.


As the stars spin overhead, the date of the next murder draws near. Violet and Alex must work together to stop it, or risk losing the life they've found together.


A Mad and Mindless Night


Ashley Allander has been a rake, rogue, scandalmaker, and heartbreaker. Now, with one last chance to redeem his name, he becomes a spy. The Zodiac's newest recruit leaves London behind to find an elusive inventor, but his target proves far stranger. Ash discovers an aloof host, bright lights in the sky, and a woman who is either an innocent prisoner…or completely mad.


Elanora Morgan is desperate. Her life's work has been stolen from her. She's been declared insane and kept far from anyone who might help. She gambles everything on a mysterious newcomer, risking her reputation, her life, and her heart to regain her freedom.


Together, Ash and Nora hold the key to a conspiracy between two warring nations. In the midst of danger, they find an improbable love, and the chance for a new future…if they live long enough to reach it.