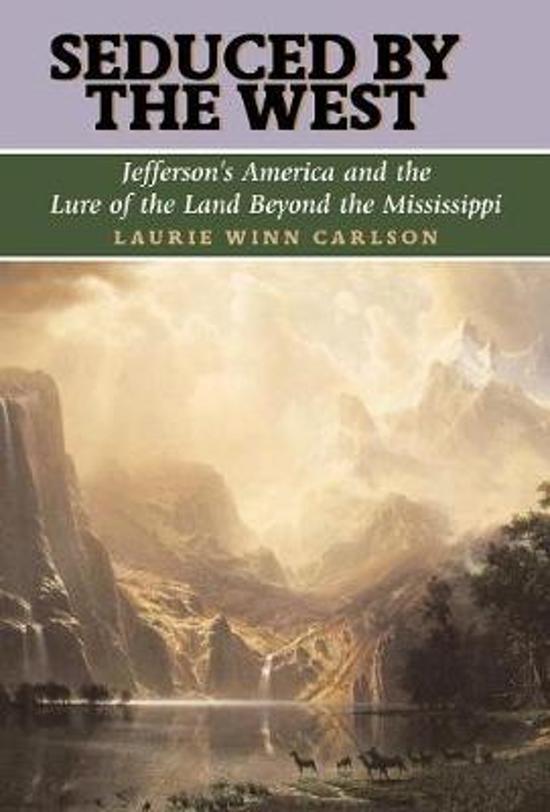 In her provocative new book, Laurie Winn Carlson questions the larger aims of the famed Lewis and Clark expedition of 1804-1806 and sees it as part of a broad range of schemes to wrest the American West from the claims of established European powers. If American ships were already plying the waters off the Pacific Northwest coast, why, Ms. Carlson asks, was it necessary to send these two intrepid explorers overland-except as a demonstration of American reach, and perhaps as a ploy to tempt the Spanish to attack the expedition, thus provoking a war with Spain in Florida and the West. Ms. Carlson views the Lewis and Clark expedition as just one of several schemes to seize Western lands from foreign powers and extend the new United States to the Pacific. And behind the scenes in most all of them was the Virginian who actually knew little about the region but under whose presidency the Louisiana Purchase was completed, Thomas Jefferson. As Ms. Carlson notes, Jefferson never traveled west, but he was involved to varying degrees with men who did the exploring, organizing, and trekking at the Western frontiers-men who left few papers for historians to pursue and have been largely forgotten. Seduced by the West investigates the wide range of players in this drama of intrigue and possibilities. Russia, Spain, England, and France all tried to explore the West, and all for different reasons. Only one nation succeeded, but as Ms. Carlson shows, it was not always a simple task-or even an intended one.
Toon meer Toon minder

One comes away from her narrative with a greater appreciation of the normal, human dimensions of the nation's westward march.... These tales nicely and uncynically retold provide a solid counterweight to the unnuanced story of great, pure American figures propelling their nation toward its manifest destiny on the pacific. * Publishers Weekly * Laurie Winn Carlson...is an entertaining, creative writer who asks many intriguing questions. * Louisiana History * The Cheney author offers the idea that the Lewis and Clark expedition was part of a lerger scheme to wrest the American West from the claims of established European powers. -- Mary Ann Gwinn and Michael Upchurch * The Seattle Times * Historian Carlson here chronicles the key players and events in America's westward expansion in the decades immediately after the revolution. -- T.J. Schaeper * Library Journal * ...there is enough here to entertain readers and to hopefully encourage them to delve deeper into the topic. -- Jay Freeman * Booklist * As for Lewis and Clark, conspiracy theorists will love Carlson's treatment of their journey... -- Steve Raymond * Union-Tribune * ...Brings a big story...writing an alluring and colorful style that keeps one's interest piqued. * Western Historical Society *
Toon meer Toon minder