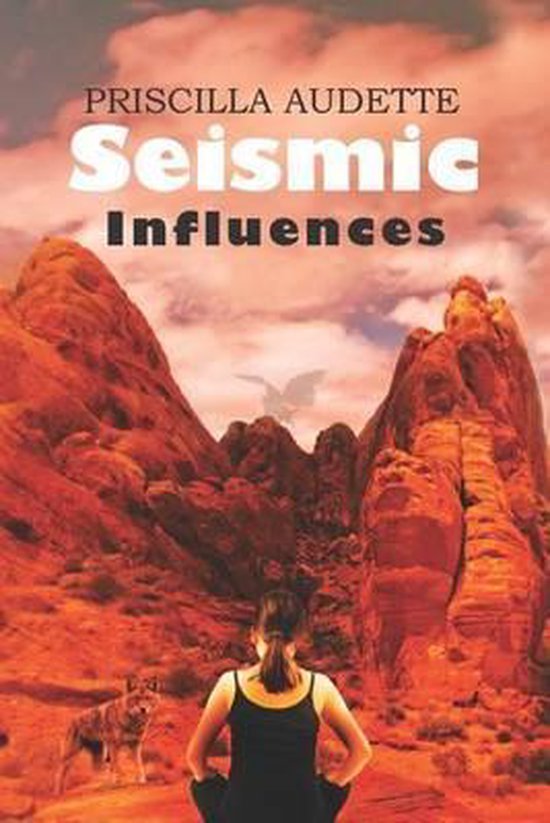 In Priscilla Audette’s first novel, where stylistically Erica Jong meets Nora Roberts, the reader will join in a madcap romp through the early years of the sexual revolution. Told through the eyes of a nineteen-year-old woman Seismic Influences is the story of a journey from innocence to knowledge. It is a period piece taking place in the early 1970s, an era that pulsed with the resurgence of sex: sex as power, sex as sport, sex as a means of profit, and for women, the beginnings of a remembering. Seismic Influences allows us to bypass our puritanical roots and to reach deeper into our psyches, into a more pagan time remembered only in our DNA The novel manifests elements of pop culture of the time (everything from Richard Nixon to Elvis) and confession. The main character, Joy—as in there was none in Mudville—works in a snack shop located in a Los Angeles suburb. As her story begins, Joy has just discovered a body. Although Seismic Influences is not a murder mystery, the presence of the body provides the story with a necessary philosophical fulcrum with mortality balancing on one end of the seesaw and a something-beyond-the-mere-mortal on the other. Not surprisingly, the ever-popular theme of good vs. evil appears in this story. But thanks to her naivety, Joy has difficulty distinguishing the good guys from the bad guys, which lends a madcap atmosphere to the goings-on. The particular “seismic influences” that are suggested by the title of the novel are all things of a vibrational nature that influence us either directly or indirectly. Earthquakes, of course, top the list for Californians, but the vibrational influences can be other things as well; music, for example, or even the tone of someone’s voice. Indeed, the host of things between those extremes leaves the novel’s title much room for symbolic maneuverability throughout the entire story. One recurring theme in the story is prostitution. The ancient unconscious memory of the sacred temple prostitute resonates. The modern bastardization of that holy profession, however, is what is thematic in the novel. The ring of housewife prostitutes mentioned at the beginning, seemingly in passing, actually comes full circle and has quite an impact on the conclusion of the story. The theme is significant because the prostitute—sacred or otherwise—is an intrinsic archetype to which all people, on one level or another, can relate. Because of this theme, and the murder, we see man in all his Neanderthal glory—the hunter of women, the hunter of other men, not to mention the hunter of the four-legged variety of prey. But more important than “man” in this story is “woman.” The motif of the moon in all its phases and the character of Esther, a witchy wise woman, anchor this book in the female aspect of the collective unconscious. In addition to theme, the author has experimented with narration in this novel to the degree that there are, in essence, two narrators: there is the 19-year-old woman who is living the story, and there is the older woman who is looking back retrospectively. Quite often, through the use of language, the more mature narrator peeks through giving the story a depth it would lack if told only by the young woman. The novel’s five parts are: I. The Meaning of Life; II. Desperate Times, Desperate Measures; III. The Peculiar Landscape; IV. The Borderland; V. The Totality.
Toon meer Toon minder