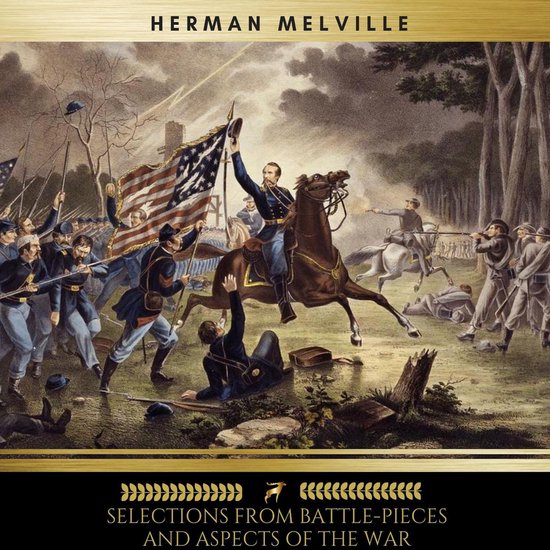 Published in 1866, Battle-Pieces and Aspects of the War is a collection of poems about the Civil War by Herman Melville. Many of the poems are inspired by second- and third-hand accounts from print news sources (especially the Rebellion Record) and from family and friends. A handful of trips Melville took before, during, and after the war provide additional angles of vision into the battles, the personalities, and the moods of war. In an opening note, Melville describes his project not so much as a systematic chronicle (though many of the individual poems refer to specific events) but as a kind of memory piece of national experience. The ''aspects'' to which he refers in the title are as diverse as ''the moods of involuntary meditation—moods variable, and at times widely at variance.'' Much of the verse is stylistically conventional (more so than modern readers perhaps expect from the author of Moby-Dick), but the shifting subjectivities and unresolved traumas that unfold in the collection merit repeated contemplation. Melville's Battle-Pieces do not offer a neatly versified narrative of the Civil War but rather kaleidescopic glimpses of shifting emotions and ambivalent reflections of post-war America