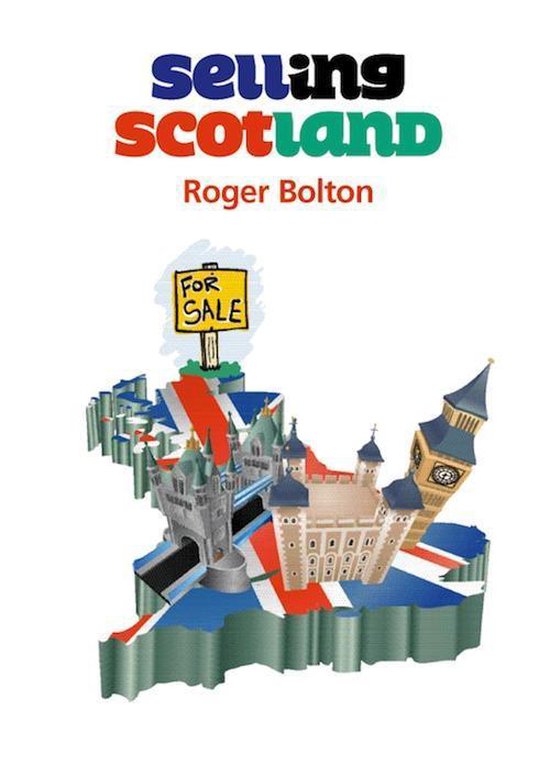 
While Malcolm locks himself in a cupboard in Downing Street, where he feels safe and secure, Terry and his wife Shona persuade Eric Musselbaum (Electric Eric) the world's foremost media manipulator, to create an unforgettable Selling Scotland campaign.


Eric flies to LA to get the help of Solomon Shapiro the most famous pop star in the world, a rich Scot who will live anywhere in the world so long as it's not Scotland. While in LA, Eric indulges his favourite pastime of sampling the most potent drinks in the world. He tries an Abrupt Annihilation, made from organic Siberian anti-freeze, known to seasoned drinkers as SNORT. Meanwhile, Solomon is sold on Selling Scotland and flies back to Britain with Eric.


Solomon's estranged wife, Farrington, the star of Suddenly Somnambulant, the most popular show on daytime tv, reluctantly follows her husband as she has been warned by her producer, Maxie Smartturtle, that divorce from Solomon will ruin her career.


When he sees that Solomon and Farrington are getting back together Maxie follows with a new contract. For his personal enjoyment Maxie takes along Bambi Baby, a supremely well-endowed starlet who has set her heart on replacing Farrington and becoming a big star who helps save the world from environmental disasters in her spare time.


Learning that Britain intends to sell his beloved country, Scottish nationalist, Robert the Bruce McFee and the Stupendous Seer, a five star, certified Scottish Seer who has read the bones to forsee the future, arrive at Solomon Scotland's house in London, intent on stopping the sale.


Eric is obsessed with Farrington, he watches her every week in Suddenly Somnambulant. They accidentally meet and indulge in a major SNORT session in Solomon's kitchen.


Shona, having escaped from the Scottish nationalists who were going to exchange her for Scotland, accidentally tries SNORT which she finds to her liking. So much so that she ends up naked in the extensive grounds of Solomon's house being filmed by a TV crew making a revealing documentary about the Gobbs.


Eventually, Eric locks himself in the fridge with enough SNORT to satisfy the Russian navy. Farrington is rushed to hospital with SNORT-induced delusions and hair that lights up by itself, and Terry arrives to take his naked and increasingly embarassing wife home.


Everyone ends up at Solomon's house where large quantities of SNORT loosen them all up a lot more than they have ever wanted to be loosened, apart from Electric Eric who likes loose and wants more of it.


Despite the SNORT, the nationalism, the naked ambition and an ever-growing tide of chaotic madness, events resolve themselves in an almost meaningful way.