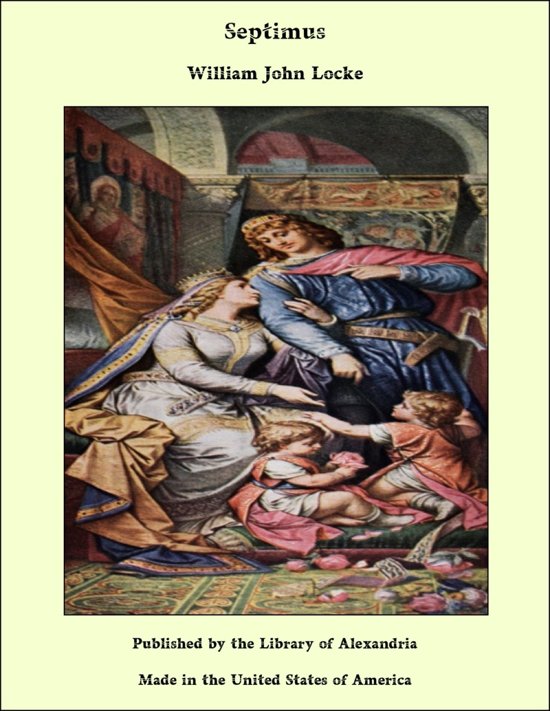 I love Nunsmere, said the Literary Man from London. ''It is a spot where faded lives are laid away in lavender.'' ''I'm not a faded life, and I'm not going to be laid away in lavender,'' retorted Zora Middlemist. She turned from him and handed cakes to the Vicar. She had no desire to pet the Vicar, but he was less unbearable than the Literary Man from London whom he had brought to call on his parishioners. Zora disliked to be called a parishioner. She disliked many things in Nunsmere. Her mother, Mrs. Oldrieve, however, loved Nunsmere, adored the Vicar, and found awe-inspiring in his cleverness the Literary Man from London. Nunsmere lies hidden among the oaks of Surrey, far from the busy ways of men. It is heaven knows how many miles from a highroad. You have to drive through lanes and climb right over a hill to get to it. Two old Georgian houses covered with creepers, a modern Gothic church, two much more venerable and pious-looking inns, and a few cottages settling peacefully around a common form the village. Here and there a cottage lurks up a lane. These cottages are mostly inhabited by the gentle classes. Some are really old, with great oak beams across the low ceilings, and stone-flagged kitchens furnished with great open fireplaces where you can sit and get scorched and covered with smoke. Some are new, built in imitation of the old, by a mute, inglorious Adam, the village carpenter. All have long casement windows, front gardens in which grow stocks and phlox and sunflowers and hollyhocks and roses; and a red-tiled path leads from the front gate to the entrance porch. Nunsmere is very quiet and restful. Should a roisterer cross the common singing a song at half-past nine at night, all Nunsmere hears it and is shocked—if not frightened to the extent of bolting doors and windows, lest the dreadful drunken man should come in. In a cottage on the common, an old one added to by the local architect, with a front garden and a red-tiled path, dwelt Mrs. Oldrieve in entire happiness, and her daughter in discontent. And this was through no peevish or disagreeable traits in Zora's nature. If we hear Guy Fawkes was fretful in the Little-Ease, we are not pained by Guy Fawkes's lack of Christian resignation. When the Vicar and the Literary Man from London had gone, Zora threw open the window and let the soft autumn air flood the room. Mrs. Oldrieve drew her woolen shawl around her lean shoulders.