It's 1970s London and oddball Dave Maudling has got punk rock spitting in his face before he's even accepted flares and long hair.


Scarred by his mother's disappearance and years of bullying when he was a boy, he's now full of loathing for his young readers. Full of resentment for his handsome assistant Greg. And full of lust for girls' comic editor Joy.


Editing inane comic strips and snarking with Greg is driving him nuts. So Dave starts sneakily adding lethal information to his stories – like bomb-making, and untraceable poison – in the hope that his readers will accidentally top themselves.


But mysterious forces are at work.


Instead of the kids meeting their untimely end, they use the info to take revenge on the abusive adults that make their lives a misery.


And Dave, much to his dismay, becomes their champion.


Then his dead mum turns up, and wants him to solve her murder. He's probably just imagining her, but she's damn insistent.


Drawn into a seedy world of dodgy priests, sadistic teachers and psychopathic newsagents, Dave's childhood memories surface. As the body count rises, can he keep ahead of the law, keep his mind on his job, and keep his marbles?


Pacey, quick-witted, gleeful and dark, Serial Killer grabs you by the scruff of the neck and launches you into a gloriously grimy 1970s, where it's dangerous for kids – but even more dangerous for the adults who abuse them.


Pick up this wickedly twisted thriller and enjoy the ride!


From the creators of the seminal 2000AD and cult, rule-breaking Marshal Law comes Serial Killer, the first in the Read Em And Weep four-volume series: a savagely funny novel that fans of Brian Meeks, Martha Grimes, Carl Hiassen and Irvine Welsh will love.


''This is a book with teeth, it will flick you in the balls with a towel and get off with your girlfriend behind your back. It is full of nuanced speech and setting, full of energy and cunning and most of all you will devour it and ask where the next serving is coming from.''


''Fans of Gene Hunt in the BBC's Life On Mars will dig the retro reminders of this sordid, sexist and yet somehow glorious decade – although be warned, you may not ever look at your childhood comics in the same way again. Savagely affectionate, written with the confident ease of a career storyteller, and very funny, just like 2000AD at its best.''


''The smells, banter, prejudice and fear are authentic and bloody funny. I actually rocked with laughter this morning. Can't wait to read the next instalment and I'll be recommending it to everyone I know.'' 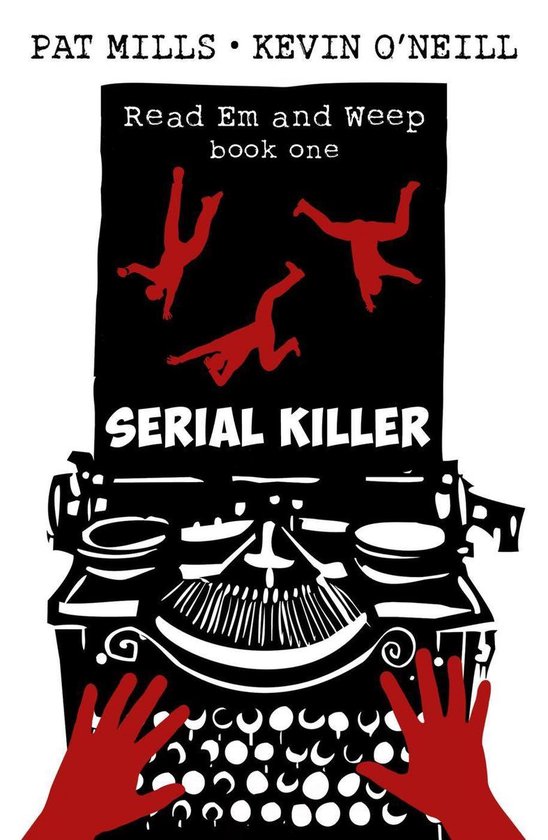