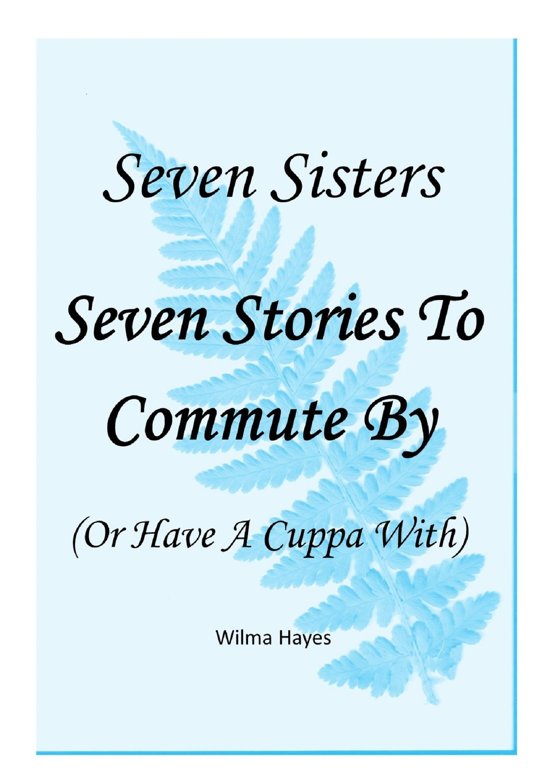 
To write seven stories, it's helpful to have seven individuals or events from which to launch them.


There are various descriptions of Seven Sisters. Perhaps the best known being the Seven Sisters on the Sussex coast of England. The bright white cliffs important to sailors and airmen all have names, but apart from copious instructions on how to get there and what to do once you do, there's little intriguing information about their history or how they came to be named.


The seven stars of the Pleiades on the other hand form an open star cluster in the constellation of Taurus. They are observable to the naked eye, appear in the autumn usually November, and they have names! However, the folklore around them is confusing, often contradictory and in some case very sparse. In a way this was helpful as it allowed me to pick what suited the theme of the series - a murder mystery. Where the mythology was scant, I have taken the liberty of all fiction and, dare I say it mythology writers, to make up stuff!


And there was rather a lot of "making things up', since I realised early in the writing that I knew very little about police procedures, crime scene protocol, interviewing rights and wrongs and a great many other things that had not slapped me hard enough in all the crime fiction I had read or watched. Ah well, learning is good for the soul!


The Seven Stars of the Pleiades - the Seven Sisters - are known by Greek or Roman names and sadly (perhaps because they were female myths!) are identified in most cases by their husbands and their children! In some tales, they were pursued by Orion (and still are in the night sky) or committed suicide in grief at the death of their father Atlas. In either case, Zeus made them into stars to keep them safe forever.


Taygete was the mistress of the animals. Tanny Anderson loves animals with troubles of her own gives her time and attention at a rescue farm until the worst happens.


Maia was the eldest of the Pleiades. In Greek mythology she was the goddess of nursing mothers, midwifery, and grandmothers. Mia Taylor, has a long career in the police but it was for one reason only. Now a Detective Inspector, she is at last in the position she worked years to achieve.


Alcyone is the goddess of calm and tranquillity, love and commitment. She lost her husband at sea. Alison Peters is a career detective with her life at last assembled and on a path that allows her to be an influence for good. But it wasn't always thus. There are still hollows that she can never fill.


Electra's name means sparkling, fiery sun or amber. She has knowledge of martial arts and looks for vengeance. Detective Constable Ellen Fraser is an enthusiastic member of the team. Keen to be the one to solve the crime, she makes quick deductions that are not always the correct ones.


Celaeno is the dark, swarthy one. She is the Greek goddess of storms. Carol wants to assert herself in a new position. She is ambitious but to get what she wants will require some changes.


Sterope is a Greek star spirit. She is said to represent lightning, a twinkling sun-face or alternatively a stubborn one. Silk is a woman with a personality that everyone loves, but with a life style that is not to everyone's taste. Change may be forced on her one way or another.


Merope is the smallest and faintest of the stars as if she had been added as an afterthought. She is eloquent and became a mortal after marrying one. Mary Lettice is the civilian in the office who searches records, old files, new files, newspaper archives and nags forensics. She is the one who waits for what she knows is the inevitable.