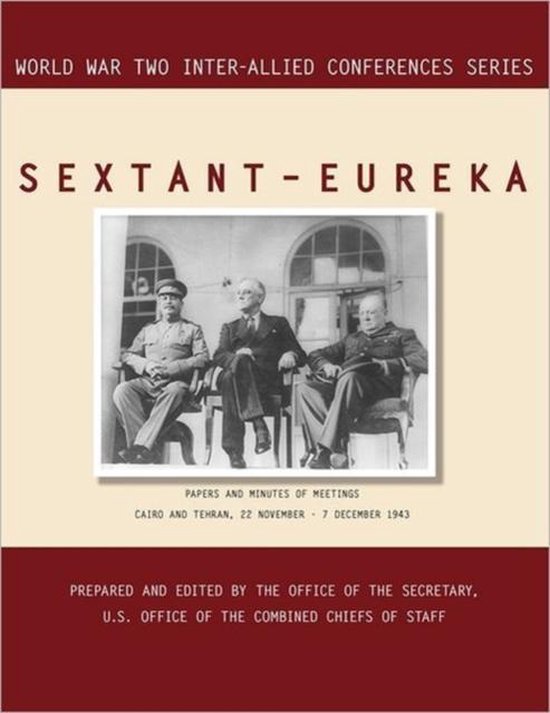 During World War II, President Franklin D. Roosevelt and Prime Minister Winston S. Churchill formulated allied grand strategy at a series of high-level conferences held in Washington, DC, Casablanca, Quebec, Cairo, Tehran, Yalta, and Potsdam. At the Tehran, Yalta, and Potsdam conferences, the Russian leader, Joseph Stalin, also played a major role. Under policy guidance from their national leaders, the newly formed US Joint Chiefs of Staff and their British counterparts, known collectively as the Combined Chiefs of Staff, hammered out the military details of allied strategy. The minutes of the Combined Chiefs' meeting at the major conferences touch on virtually every policy and strategy issue of World War II, from initial troop deployments to counter Axis aggression, through the debates about the location and timing of the principal Anglo-American offensives, to the settlement of post-war occupation boundaries. Besides being an invaluable primary source on the early years of the Joint Chiefs of Staff and on the planning and conduct of World War II, these documents also offer insights for today on the problems of managing a global coalition war. Originally highly classified documents, the minutes were declassified on October 3, 1973. SEXTANT - EUREKA - Cairo and Tehran, 22 November-7 December 1943. Principal participants were Roosevelt, Churchill, the U.S. and British chiefs of staff, Generalissimo Chiang Kai-shek (Cairo), and Josef Stalin (Tehran). The Americans, British, and Chinese discussed plans for the CBI. The Big Three (Roosevelt, Churchill, and Stalin) stated that OVERLORD and the invasion of southern France would be the "supreme operations" in the west in 1944. Stalin promised to attack in the east simultaneously with the cross-Channel invasion. The Americans and British agreed that General Eisenhower would command the invasion. Stalin stated that the Soviet Union would enter the Pacific war after Germany was defeated. The allies agreed that the United States would continue its Central and South Pacific drives, including seizure of the Marianas as a base for B-29 raids on Japan. The allies discussed the future United Nations organization and post-war Polish boundaries. In the Cairo Declaration, the United States, Britain, and China stated their intention to strip Japan of all her pre-war and wartime conquests.
Toon meer Toon minder