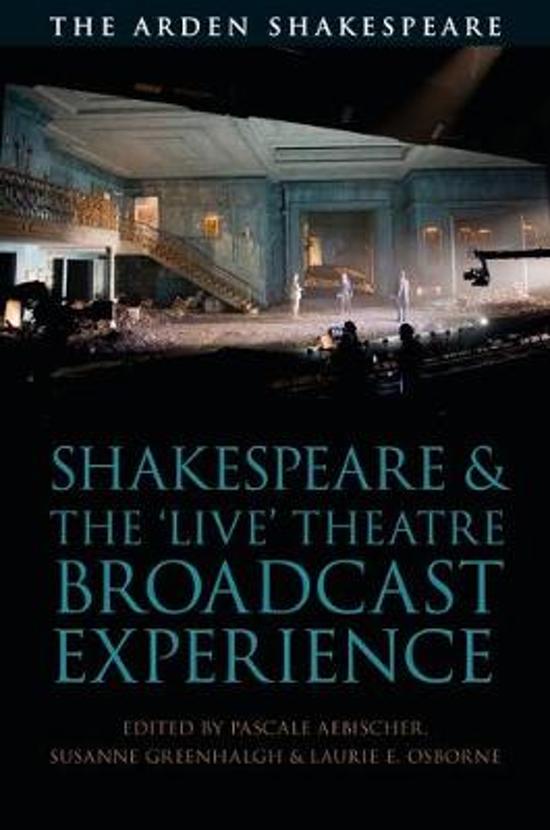 This ground breaking collection of essays is the first to examine the phenomenon of how, in the twenty-first century, Shakespeare has been experienced as a live' or as-live' theatre broadcast by audiences around the world. Shakespeare and the 'Live' Theatre Broadcast Experience explores the precursors of this phenomenon and its role in Shakespeare's continuing globalization. It considers some of the most important companies that have produced such broadcasts since 2009, including NT Live, Globe on Screen, RSC Live from Stratford-upon-Avon, Stratford Festival HD, Kenneth Branagh Theatre Company Live, and Cheek by Jowl, and examines the impact these broadcasts have had on branding, ideology, style and access to Shakespeare for international audiences. Contributors from around the world reflect on how broadcasts impact on actors' performances, changing viewing practices, local and international Shakespearean fan cultures and the use of social media by audience members for whom liveness is increasingly tied up in the experience economy. The book tackles vexing questions regarding the presentness' and liveness' of performance in the 21st century, the reception of Shakespeare in a globally-connected environment, the challenges of sustaining an audience for stage Shakespeare, and the ideological implications of consuming theatre on screen. It will be crucial reading for scholars of the live' theatre broadcast, and enormously helpful for scholars of Shakespeare on screen and in performance more broadly.
Toon meer Toon minder

I used to go to my local cinema to watch films. Now I'm more likely to go to see a 'live from' relay, most of which are of Shakespeare. This brilliant collection of pieces sets the parameters for our consideration of the phenomenon for years to come, exploring examples of reception round the world and investigating the technologies that are creating such exhilarating new ways to watch live and once-live theatre by an ever-increasing array of theatre companies. -- Peter Holland, University of Notre Dame. This book helps us to rethink the ways in which Shakespearean performance is produced and experienced in the twenty-first century. Drawing on an innovative range of research methodologies and theoretical approaches, the essays in this collection are cutting-edge and mutually illuminating. This is sure to be a foundational text for future studies of the phenomenon of the live' theatre broadcast. Stephen Purcell, University of Warwick -- Stephen Purcell, University of Warwick
Toon meer Toon minder