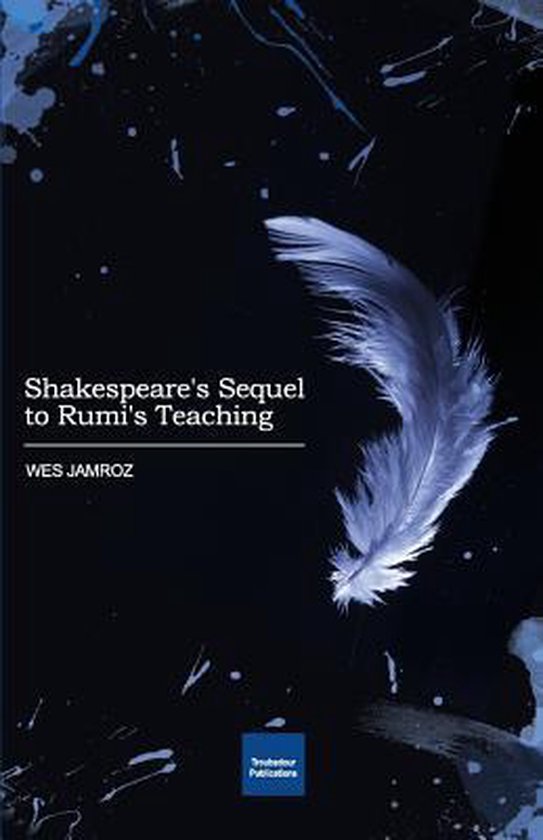 Jalaluddin Rumi and William Shakespeare are considered to be the greatest poets of Persian and English literature, respectively. However, there is much more in common between these two titans of poetry who lived some 350 years and 2,000 miles apart. In his Sonnets, Shakespeare acknowledged that his writings were inspired by Rumi's poetry. He referred to Rumi as one of "Alien pens" whom he was asked to study. He described Rumi as "He of tall building, and of goodly pride." Shakespeare admitted that Rumi's verses were so powerful that they were stopping his thoughts before he was able to formulate them. Although Shakespeare was strongly influenced by Rumi's poetry, it should be emphasized that his writings were not merely some adaptations of Rumi's illustrations from an Eastern environment into the Western culture. Such understanding would greatly diminish Shakespeare's role. Shakespeare was charged with the task of projecting these aspects of spiritual technology that were needed at his time in order to keep the evolution of human mind in sync with changes of the cosmic matrix. Rumi's and Shakespeare's writings are primarily instrumental, i.e., they are not meant for enjoyment, emotional stimulation, or display of their skills. The function of their writings was to project specific evolutionary concepts and ideas ahead of their actual realization. In this way the human mind could be prepared for their correct assimilation. In other words, Rumi's and Shakespeare's writings were based on the same inner design; they both belonged to the same school that operated in different places and at different times. Shakespeare's writings allow us to discern the complexities and intricacies of the evolutionary process that was described by Rumi. In this context one may look at Shakespeare's writings as a sort of magnifying glass that unveils further dimensions of Rumi's teaching. By analyzing Shakespeare's and Rumi's writings together it is possible to gauge if, and to what extent, humanity made any evolutionary progress between the 13th and the 16th centuries. "Shakespeare's Sequel to Rumi's Teaching" is an attempt at answering this question and at defining what sort of evolutionary gains were achieved during that time. The answers may be found by looking at the techniques and methodologies of the spiritual technology introduced in 13th century Asia Minor and how this technology was advanced and used at the end of the 16th century in Western Europe.
Toon meer Toon minder