She Walked Through His Heart Again Today She Was Back Again 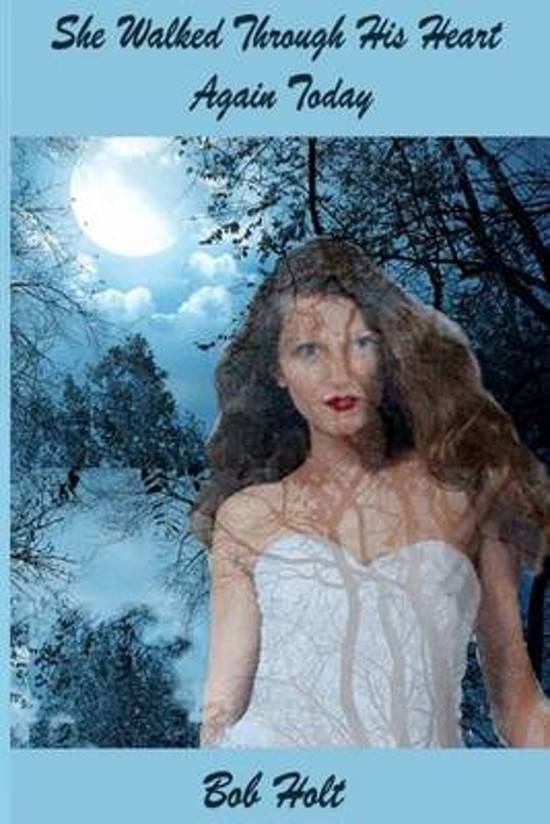 “She Walked Through His Heart Again Today”Bob HoltJason and Joan were like one all the way from second grade through high school. Then Joanwas gone pursuing her dream of success in the world of academia. Jason floundered around afterwards marrying Carolyn on the rebound a couple of years later. The short-lived marriage produced a son, Glenn that was the only good thing to come out of the marriage. For the next decade, Jason turned his attention to growing his yard furniture and refinishing business buying a small house with a huge building out back. It was just a few miles from his Mom and Dad’s located just off Hwy 55 near “downtown” Sandy Bottom N.C.Most of Jason’s days were spent in his shop working on various projects while his evenings were spent downing Bud Lights by the six-pack while petting and feeding his walk-on pet cat, Samantha.All that changed when his childhood friends, Richard and Sandy, introduced him to Lisa. She blew him away and they interacted passionately either in Sandy Bottom or Lisa’s camper parked in the Holiday Trav-L-Park at Emerald Isle, NC. Their relationship was like a roller coaster ride that was mostly caused by Lisa’s failed marriage to the biggest “SOB” in Greene County. When they discovered that their son, Eric was gay, his father spirited him off to Hargrave Military Academy. That sent Lisa into a tail-spin that effectively ended her relationship with Jason.Joan’s father died about a year later and when she returned for the funeral, she chased Jason down wanting to rekindle the relationship they once had. Jason was hesitant but knew he still loved her. She returned to CA promising to move back to eastern NC that spring. Within a couple of months all contact was lost. She’d done it to him again. Nursing his hurt, Jason fell back into his business but as before, was haunted with almost nightly visits by Joan standing at the foot of his bed in her prom dress with an out-stretched hand. The dream, or was it a nightmare, would not go away.Sandy and Richard brought Lisa back into his life a couple of years later and they picked up right where they’d left off. As their relationship flowered, Joan’s nightly visits began to diminish. Then the tragedy happened and Lisa was gone. Jason was once more alone wondering what could possibly happen next.
Toon meer Toon minder