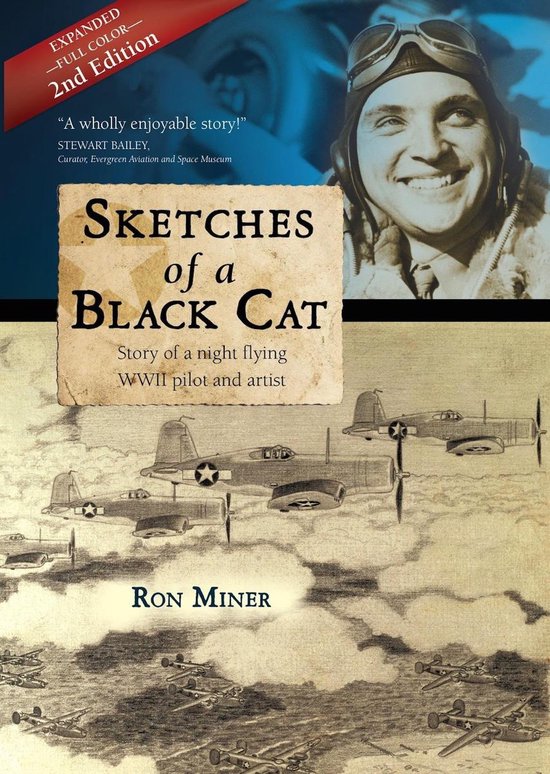 What was it like to fly at night in a WWII aircraft as you searched for targets that couldn't see you?

What would you decide if you spotted a life raft below in rough seas, but a landing meant risking the lives of you and your entire crew?


This coming-of-age story reads like a novel, but is the true story of a WWII Navy seaplane pilot who, flying in huge planes painted entirely black, became one of the first to fly night missions. From boxes of journals, photos, and artwork comes a compelling story filled with colorful descriptions of exotic locations, sea rescues, and the humor that was intrinsic to a Navy squadron's daily life while at war in the South Pacific.


As a Navy Black Cat, he took his share of chances during the ten-hour, night long flights in darkened PBYs painted entirely black, searching the seas for enemy ships and downed fliers ~ the original stealth aircrafts. But wartime was unpredictable, and whether landing on an exotic tropical isle where the women he saw from the air turned out to be topless, or dropping wing tanks containing a strange new substance called "Napalm," this was clearly a very different world than he had known as a college student in Indiana.


His is a tale of seven buddies, all pilots who flew at night, slept and got into mischief by day, then repeated. Their PBY Catalina odyssey stretched from the Solomon Islands to the northern tip of the Philippines and included a full range of missions, from search, attack, and bombing runs, to daring sea rescues. Howard's journey through training and tours of duty is skillfully captured in his art and narratives. Full Color, includes historic artwork and photos.

Artwork and story have been featured in museums nationally including the Evergreen Aviation and Space Museum in Oregon and the National Museum of the Pacific War in Texas. Others pending. A documentary is in progress highlighting the Black Cat Squadron.