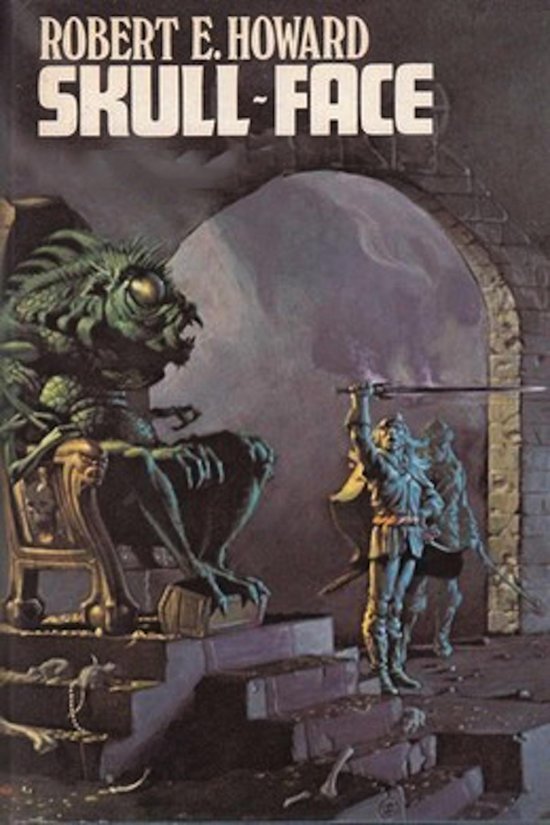 ''We are no other than a moving row

Of Magic Shadow–shapes that come and go.''


The horror first took concrete form amid that most unconcrete of all things—a hashish dream. I was off on a timeless, spaceless journey through the strange lands that belong to this state of being, a million miles away from earth and all things earthly; yet I became cognizant that something was reaching across the unknown voids— something that tore ruthlessly at the separating curtains of my illusions and intruded itself into my visions.


I did not exactly return to ordinary waking life, yet I was conscious of a seeing and a recognizing that was unpleasant and seemed out of keeping with the dream I was at that time enjoying. To one who has never known the delights of hashish, my explanation must seem chaotic and impossible. Still, I was aware of a rending of mists and then the Face intruded itself into my sight. I though at first it was merely a skull; then I saw that it was a hideous yellow instead of white, and was endowed with some horrid form of life. Eyes glimmered deep in the sockets and the jaws moved as if in speech. The body, except for the high, thin shoulders, was vague and indistinct, but the hands, which floated in the mists before and below the skull, were horribly vivid and filled me with crawling fears. They were like the hands of a mummy, long, lean and yellow, with knobby joints and cruel curving talons.


Then, to complete the vague horror which was swiftly taking possession of me, a voice spoke—imagine a man so long dead that his vocal organ had grown rusty and unaccustomed to speech. This was the thought which struck me and made my flesh crawl as I listened.


''A strong brute and one who might be useful somehow. See that he is given all the hashish he requires.''