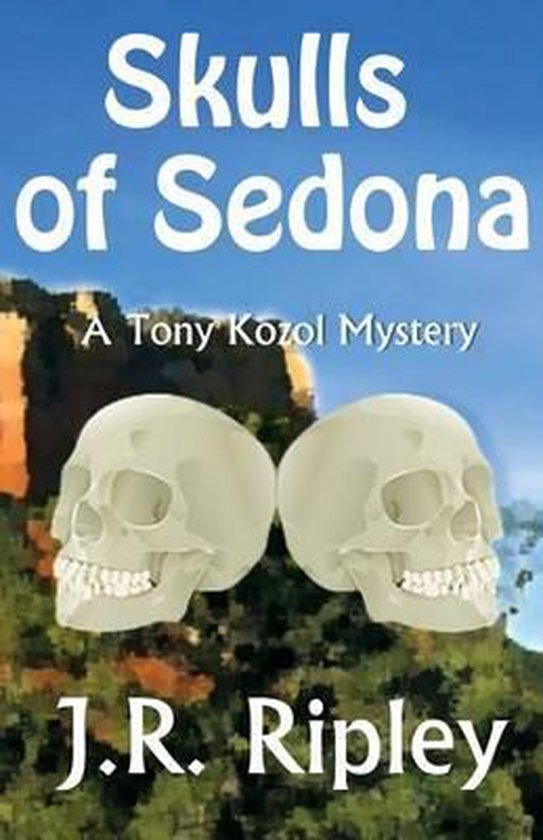 Heres what SKULLS OF SEDONA is all about (well, without giving away any secrets. Weve got to have secrets, right?Set amongst the spectacular background of Sedona, Arizona and its inhabitants, SKULLS OF SEDONA is the provocative follow-up to STIFF IN THE FREEZER.When Tony Kozol packs his bag and his guitar and heads to Sedona to back up a friend at a New Age conference, murder follows. And the only things stranger than the murder are the colorful suspects at the conference, not to mention the real stars of the event, the Crystal Skulls, and now theyre missing!With this second book in a series, J.R. Ripley returns with another murderous predicament for the hapless ex-attorney, ex-restauranteur, and now struggling musician and amateur sleuth, Tony Kozol.Janvilhelm Rein Wunderkind has invited his old college roommate, Tony Kozol, to join him at a special performance at the Crystal Magic of the Skulls Conference in Sedona. With no other prospects for employment, Tony eagerly agrees. But his old friend has changed and the conference is attended by a bunch of New Age enthusiasts and speakers who dont seem all too fond of each other and probably wouldnt be in this lifetime or any other.And then there are the crystal skulls, Magdalena and Azultican, who belong to a young woman who has taken a fancy to Tony. They are said to possess the knowledge of an ancient and superior race who planted the crystal skulls on earth for humanitys benefit. When someone at the conference is found murdered and the crystal skulls go missing, Tony is drawn deeper into a world of New Age intrigue and mystery, searching for a murderer and questioning his own beliefs in the process
Toon meer Toon minder