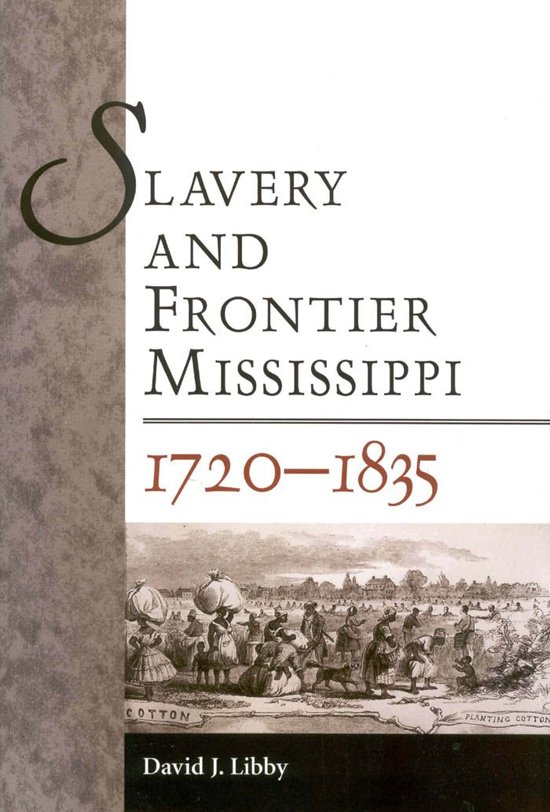 In the popular imagination the picture of slavery, frozen in time, is one of huge cotton plantations and opulent mansions. However, in over a hundred years of history detailed in this book, the hard reality of slavery in Mississippi's antebellum world is strikingly different from the one of popular myth. It shows that Mississippi's past was never frozen, but always fluid. It shows too that slavery took a number of shapes before its form in the late antebellum mold became crystalized for popular culture.

The colonial French introduced African slaves into this borderlands region situated on the periphery of French, Spanish, and English empires. In this frontier, planter society made unsuccessful attempts to produce tobacco, lumber, and indigo. Slavery outlasted each failed harvest. Through each era plantation culture rode the back of a system far removed from the romantic stereotype.

Almost simultaneously as Mississippi became a United States territory in the 1790s, cotton became the cash crop. The booming King Cotton economy changed Mississippi and adapted the slave system that was its foundation.

Some Mississippi slaves resisted this grim oppression and rebelled by flight, work slowdowns, arson, and conspiracies. In 1835 a slave conspiracy in Madison County provoked such draconian response among local slave holders that planters throughout the state redoubled the iron locks on the system. Race relations in the state remained radicalized for many generations to follow.

Beginning with the arrival of the first African slaves in the colony and extending over 115 years, this book is the first such history since Charles Sydnor's Slavery in Mississippi (1933).

David J. Libby, an independent scholar, lives in San Antonio, Texas. His work has been published in CrossRoads: A Journal of Southern Culture.