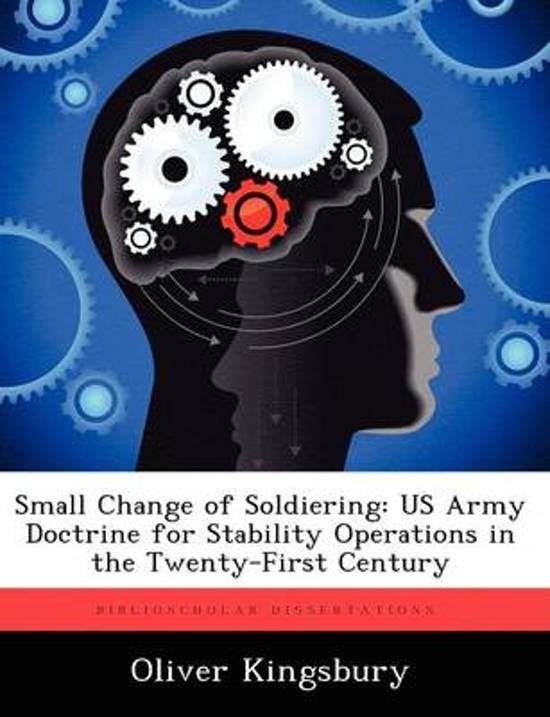 Stability operations are not a recent phenomenon, but have been particularly common since the end of the Cold War. All the major deployments of the US Army since 1991 have involved such operations. In all these deployments, the US Army has been dominant in combat, but less accomplished in achieving success in the range of activities which comprise stability operations. It may be that such difficulties are due to a lack of effective doctrine; consequently, significant effort is being made to review this area. However, this thesis offers a study of Army units' preparation for, and execution of, stability operations in Iraq from 2003-2006 which indicates that existing doctrine--while not perfect--is detailed, validated by non-military research, and does not seem to be the principal source of the problem. The actual cause appears to be a complex mix of a misunderstanding of the role of the Army, a tendency to prefer operating without clear political-strategic guidance, and--in some areas--a focus on tactical operations at the expense of wider objectives. It follows that reviews in stability operations doctrine may be largely superficial, and a more fundamental examination of the basic concepts of warfare is required.
Toon meer Toon minder