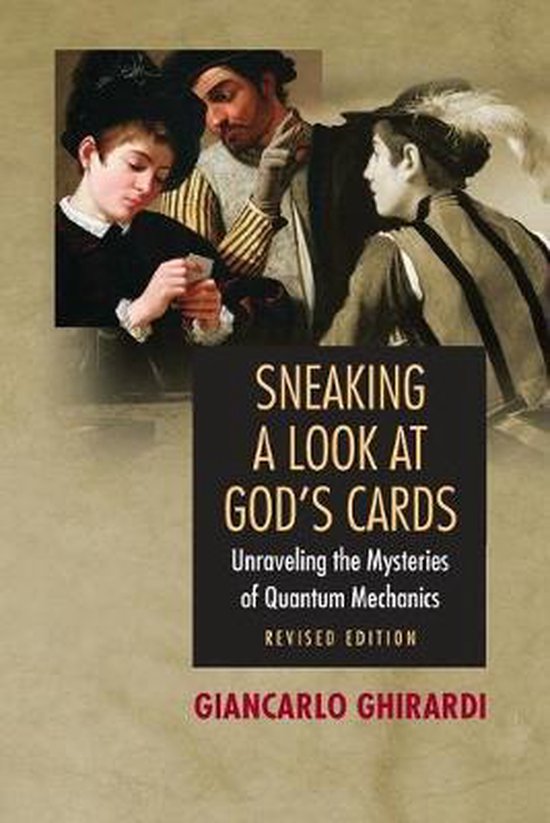 Quantum mechanics, which describes the behavior of subatomic particles, seems to challenge common sense. Waves behave like particles; particles behave like waves. You can tell where a particle is, but not how fast it is moving--or vice versa. An electron faced with two tiny holes will travel through both at the same time, rather than one or the other. And then there is the enigma of creation ex nihilo, in which small particles appear with their so-called antiparticles, only to disappear the next instant in a tiny puff of energy. Since its inception, physicists and philosophers have struggled to work out the meaning of quantum mechanics. Some, like Niels Bohr, have responded to quantum mechanics' mysteries by replacing notions of position and velocity with probabilities. Others, like Einstein and Penrose, have disagreed and think that the entire puzzle reflects not a fundamental principle of nature but our own ignorance of basic scientific processes. Sneaking a Look at God's Cards offers the general reader a deep and real understanding of the problems inherent to the interpretation of quantum mechanics, from its inception to the present. The book presents a balanced overview of current debates and explores how the theory of quantum mechanics plays itself out in the real world. Written from the perspective of a leading European physicist, it looks extensively at ideas from both sides of the Atlantic and also considers what philosophers have contributed to the scientific discussion of this field. Sneaking a Look at God's Cards sets out what we know about the endlessly fascinating quantum world, how we came to this understanding, where we disagree, and where we are heading in our quest to comprehend the seemingly incomprehensible.
Toon meer Toon minder