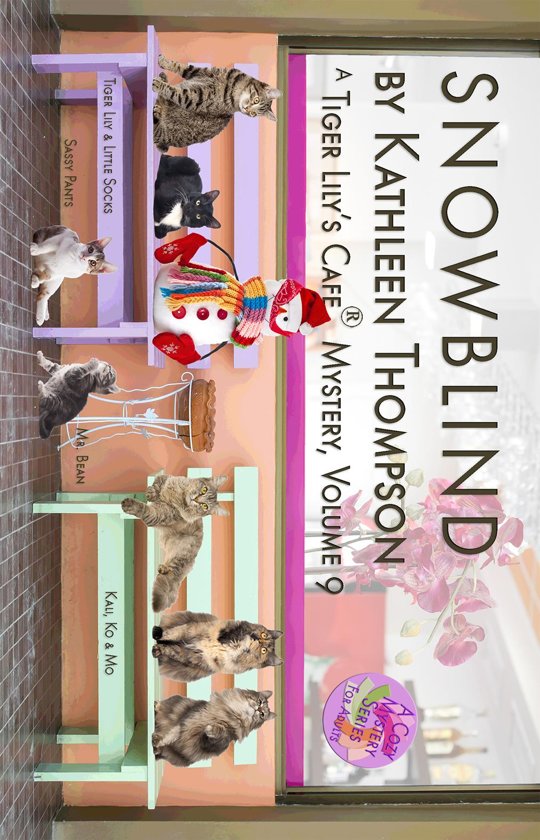 This cozy series has everything you want and more: an eclectic cast of characters, a mystery or two, and diligent detectives on duty. The detectives, feline and canine, figure it all out, but they have a dickens of a time getting the humans to understand them.


The series, Tiger Lily's Café, is set in a Midwestern town nestled into the sunset coast of a Great Lake. The setting itself acts as a character, bringing the reader into the sights, sounds and smells of the small resort community of Chelsea.


Read the series in order, or read any book alone. Each volume stands alone with a clear beginning and a clear end.


This volume continues the story of Annie, a woman whose ownership of a prime piece of real estate and several businesses was almost a mistake. But own it, she does, and she makes the best of an idyllic situation.


With her family of rescue cats and a diverse collection of business managers, staff and friends, Annie embraces her home on The Avenue, a picturesque slice of life that embodies the best – and sometimes the worst – that humanity has to offer.


If this book doesn't give you a chill, nothing will.


An early winter blizzard is on the way. Chelsea prepares for the blizzard while they realize their winter shopping extravaganza is going belly up.


Chris is on the lake, handling Coast Guard duties in dangerous conditions. But something else is going on. He is melancholy, and Annie does not know why. She fears their relationship is ending.


Henrie takes charge of blizzard preparations, and manages a full Inn once the storm hits and power goes out around the community.


Two couples at the Inn have arrived with unknown motives. Two boaters have docked at The Marina for the winter. One seems to know what he's doing. The other may not survive. Brothers come to town, determined to surf a Great Lake in the winter. But something else is going on with them as well.


Annie's cats, desperate to find a way to eavesdrop on Chris, may have found a solution. A dog must be rescued from the storm. If this beautiful giant schnauzer no longer has a human, maybe Chris – if he's sticking around – can take her in. But her human has other ideas.


Come visit with the folks of Chelsea for a while. Bring a blanket. You'll need it.