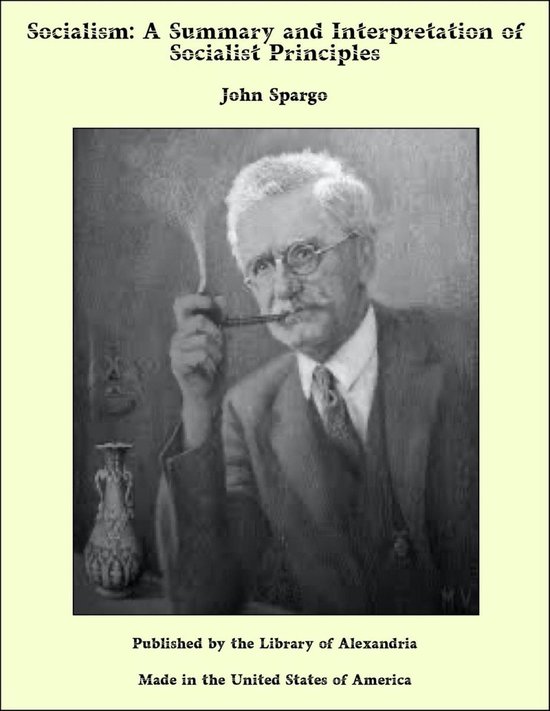 The reason for the changed attitude of the public toward the Socialist movement and the Socialist ideal lies in the growth of the movement itself. There are many who would change the order of this proposition and say that the growth of the Socialist movement is a result of the changed attitude of the public mind toward it. In a sense, both views are right. Obviously, if the public mind had not revised its judgments somewhat, we should not have attained our present strength and development; but it is equally obvious that if we had not grown, if we had remained the small and feeble band we once were, the public mind would not have revised its judgments much, if at all. It is easy to enlist prejudice against a small body of men and women when they have no powerful influence, and to misrepresent and vilify them. But it is otherwise when that small body has grown into a great body with far-reaching influence and power. So long as the Socialist movement in America consisted of a few poor workingmen in two or three of the largest cities, most of them foreigners, it was very easy for the average man to accept as true the wildest charges brought against them. But when the movement grew and developed a powerful organization, with branches in almost every city, and a well-conducted press of its own, it became a very different matter. The sixteen years from 1888 to 1904 saw the Socialist vote in the United States grow steadily from 2068 in the former year to 442,402 in the latter. Europe and America together had in 1870 only about 30,000 votes, but by 1906 the number had risen to considerably over 7,000,000. These figures constitute a vital challenge to the thoughtful and earnest men and women of the world. It is manifestly impossible for a great world-wide movement, numbering its adherent by millions, and having for its advocates many of the foremost thinkers, artists, and poets of the world, to be based upon either sordid selfishness or murderous hate and envy. If that were true, if it were possible for such a thing to be true, the most gloomy forebodings of the pessimist would fall far short of the real measure of Humanity's impending doom. It is estimated that no less than thirty million adults are at present enrolled in the ranks of the Socialists throughout the world, and the number is constantly increasing. This vast army, drawn from every part of the civilized world, comprising men and women of all races and creeds, is not motivated by hate or envy, but by a consciousness that in their hands and the hands of their fellows rests the power to win greater happiness for themselves. Incidentally, their unity for this purpose is perhaps the greatest force in the world to-day making for international peace. Still, notwithstanding the millions enlisted under the banner of Socialism, the word is spoken by many with the pallid lips of fear, the scowl of hate, or the amused shrug of contempt; while in the same land, people of the same race, facing the same problems and perils, speak it with glad voices and hopelit eyes. Many a mother crooning over her babe prays that it may be saved from the Socialism to which another, with equal mother love, looks as her child's heritage and hope. And with scholars and statesmen it is much the same. With wonderful unanimity agreeing that, in the words of Herbert Spencer, ''Socialism will come inevitably, in spite of all opposition,'' they yet differ in their estimates of its character and probable effects upon the race quite as much as the unlearned. One welcomes and another fears; one envies the unborn generations, another pities. To one the coming of Socialism means the coming of Human Brotherhood, the long, long quest of Humanity's choicest spirits; to another it means the enslavement of the world through fear.