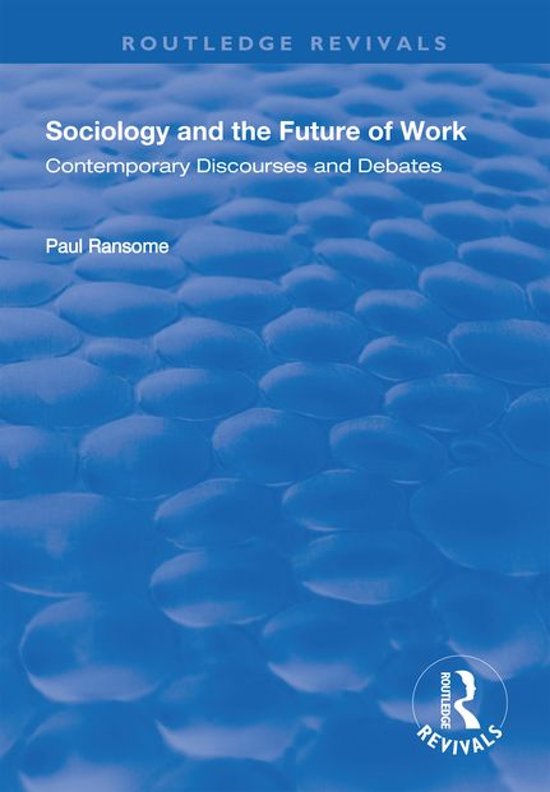 First published in 1999, this book adopts an explicitly forward-looking and dynamic approach in trying to understand not only where the sociology of work has come from but of where it is likely to go next. For the first time in a single volume, it reviews the continuing usefulness of the 'classical' accounts of Karl Marx, Max Webster and Emile Durkheim, the post-industrial accounts of the 1960s and 1970s and the post-Fordist accounts of the 1980s and 1990s. It provides specific treatment of key topics such as technological change and 'flexibility', the impact of gender on work, the changing nature of the relationship between work and personal identity and the possible emergence of economic globalization, all of which are currently receiving much academic and popular attention. The treatments of gender, identity and globalization are challenging and innovative in that they go beyond simply describing current debates, and question the validity of some of the premises on which they are based. For example, that it is not possible to provide a 'unifying' explanation of gender inequality at work because its causes are multiple rather than singular; that it is wrong to imply that work will cease to be an important basis of personal identity; and that evidence of economic globalization is far too patchy to justify the claim that we are living in a 'global economy.' The text combines theoretical analysis with clear descriptions of the key arguments and tests these against current empirical data.