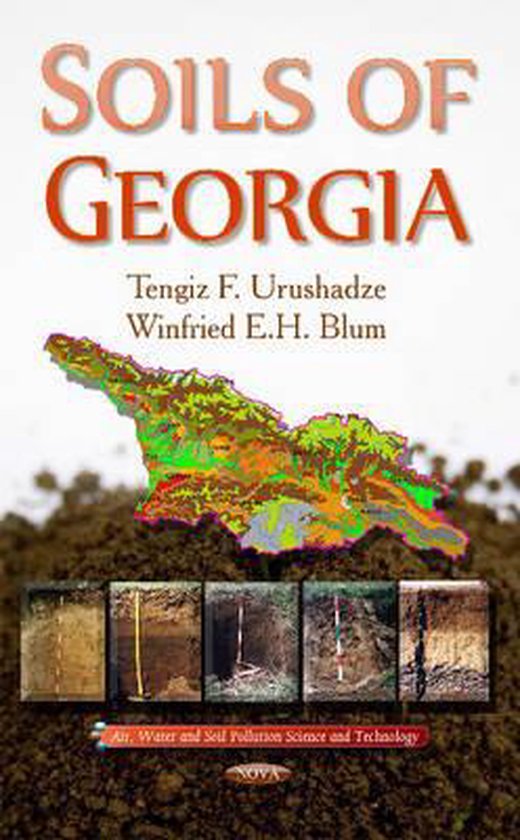 This book describes a wide range of soils, from the humid subtropical coast of the Black Sea to the frozen peaks of the High Caucasus with more than 5.000 meters above sea level and from extremely humid areas in the West to dry, semi-desert regions in the East, with an enormous variety of rock parent materials, a very accentuated hydrology and a topography, ranging from large plains, hilly regions to steep and strongly dissected slopes and gorges in the High and Lower Caucasus. There is no other country in the world the size of Georgia with such a variety of soil forming conditions and soils. Therefore, V V Dokuchaev, one of the founders of the genetic soil classification, called Georgia an Open-Air Museum of Soils . The book is subdivided into 6 chapters. In Chapter 1, the physiography of Georgia and the factors of soil formation such as topography, geology, climate and vegetation are described, followed by Chapter 2, with the detailed description of 21 soil groups, their morphological, physical and chemical characteristics, their many different subtypes and variations, and their ecology, based on 72 tables, 25 figures and 20 photos. Moreover, the location of each soil and its surface in % of the total surface of Georgia are explained, including the history of their discovery and investigation together with the relevant literature. In Chapter 3, the overall ecological conditions, especially problems of soil erosion by water and wind and the soil contamination by heavy metals and radionuclides are described, followed by Chapter 4 with an explanation of the soil use, based on physical and chemical soil characteristics. Two further chapters with references and soil photos conclude the book, which is written by Professor Tengiz F Urushadze from the Agricultural University of Georgia in Tbilisi and Professor Winfried E H Blum from the University of Natural Resources and Life Sciences (BOKU) in Vienna, Austria.
Toon meer Toon minder