He was an older gentleman overdressed in an inexpensive suit, a three piece, which made him stand out at Sunday morning brunch while most patrons favored dress slacks, or jeans, and a sweater. Seated at my table, he promptly placed the common order of a mimosa. After two whiskey sours, he ordered his food and showed me a picture of his grandkids. There was something vulnerable about him, and I tried to give him a few extra minutes of my time. He ate his breakfast slowly and meticulously requesting more drinks in between bites. At the end of the meal, I placed his bill on the table. We exchanged some more small talk, and I left to finish with other customers.
When I returned to his table, there was no payment. His bill wasn’t high, only forty dollars, which he explained to me in a strained voice, he could not pay. As the guilt washed his soft, wrinkled skin in a hue of red, I also recognized in him my old enemy--shame.
I wanted to help him by covering the bill, but I had no tip money yet. Saddened by the thought of exposing him, but too frightened not to report the situation, I reluctantly left his table to inform the manager and hoped she would find a kind way to resolve the dilemma.
As we returned to where he was seated, I was shocked to see him slumped against the wall, thoroughly drunk; only moments before he had carried on a conversation as if completely sober. His suit, I now realized to my astonishment, was out of date, the colors fading, and the areas around the cuffs and buttons fraying.
Like sharks smelling blood, the two restaurant owners were immediately behind us. Helpless, I watched them drag him through the aisles to the front door and throw him into the street. The waitresses were shaking their heads at his audacity and many of the customers were laughing. It was like a scene from a bizarre circus.
“How could you be so stupid!” the older, portly owner demanded of me through his foggy glasses.
“Couldn’t you tell he was nothing but a bum?” the tall Irishman, whom I had always admired, bulked incredulously. My heart felt sick with confusion and disappointment as disillusionment set in. ‘Who is the bum here?’ I thought but couldn’t speak. Everyone was staring at me like the main character in a bad play who had forgotten her lines.
When they had gone, the manager walked over to me and, looking at me sensitively, told me not to be afraid of losing my job. She said she would talk to the owners on my behalf. The thought hadn’t even occurred to me. In that moment, I didn’t care either. Meeting her gaze, I responded bluntly:
“What’s going to happen to him? Is he really a bum? Doesn’t he have any place to live? He said he had grandchildren!” I started to cry. Her eyes penetrated me for a long moment and then she replied, her words unfolding through a thick accent that added to the otherworldly transcendence of the moment.
“Nicole, you are not like everyone else here. You have a deep compassion. Don’t ever change that about yourself.” Her kind words strengthened my heart as I tried to absorb my sadness and shock and finish my work.

And so it began, the moment that changed my life. I had moved to NYC at the age of nineteen to study acting and discovered that I wanted to be a writer and tell the stories of people I'd met, stories of people who may be otherwise forgotten.
Somebody's Grandfather is titled from this story and includes true stories of another homeless man, a prostitute, a mafia boss, a domestic abuse survivor as well as a leader of a unique band in Northern Ireland and a beautician with a knack for bringing out in the inner beauty in others. 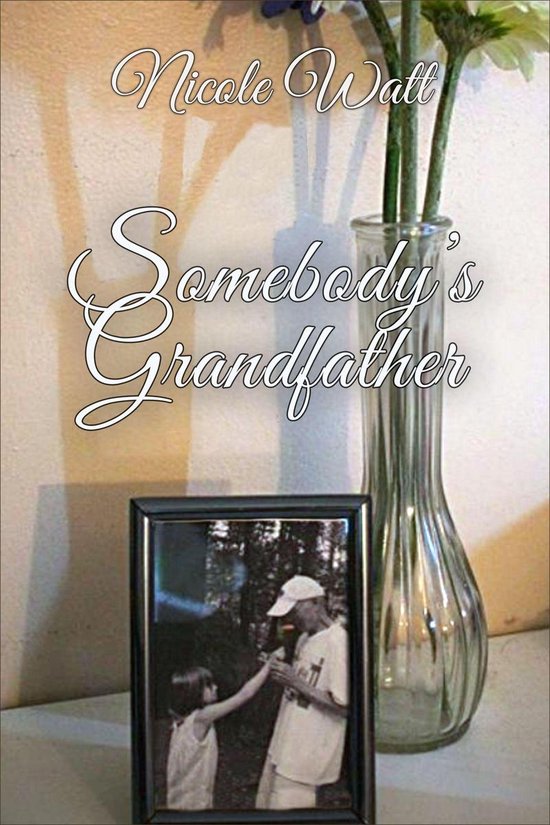