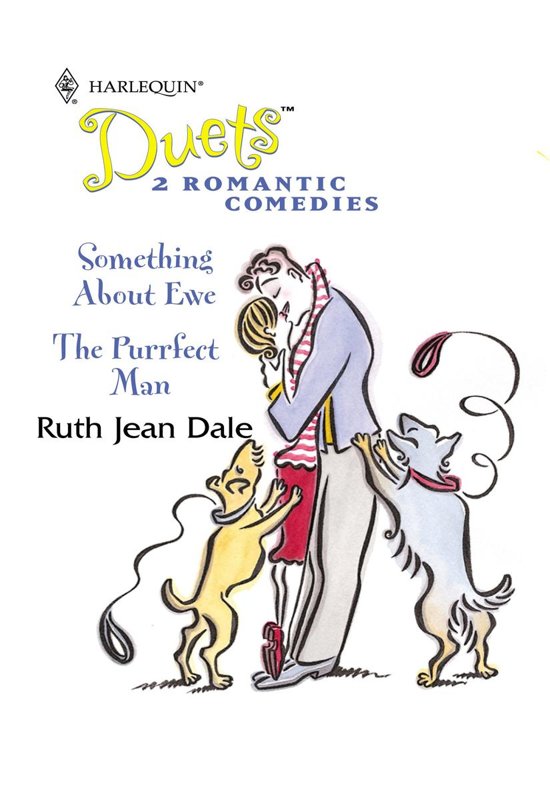 
Something About Ewe by Ruth Jean Dale


Counting sheep only made her nights more restless


Oh-so-serious Thalia Mitchell is back in Shepherd's Pass, pretending she hadn't tried to seduce animal crusader Luke Dalton the last time she'd seen him wrapped in a plastic shower curtain. But Luke hasn't forgotten. And he's no longer the sheepish boy next door. He's all grown up now, breathtakingly handsome and determined to take up exactly where the two of them left off!


Cat person Emily Patton doesn't like trendy lawyer Michael Forbes and his perfect good looks. She doesn't like his ugly dog, either. So how she ended up with the mutt in her backyard and Michael as a permanent dinner guest is still a mystery to her. Emily has to do something-quickly-before man and beast get the wrong idea . Or is it the right one?