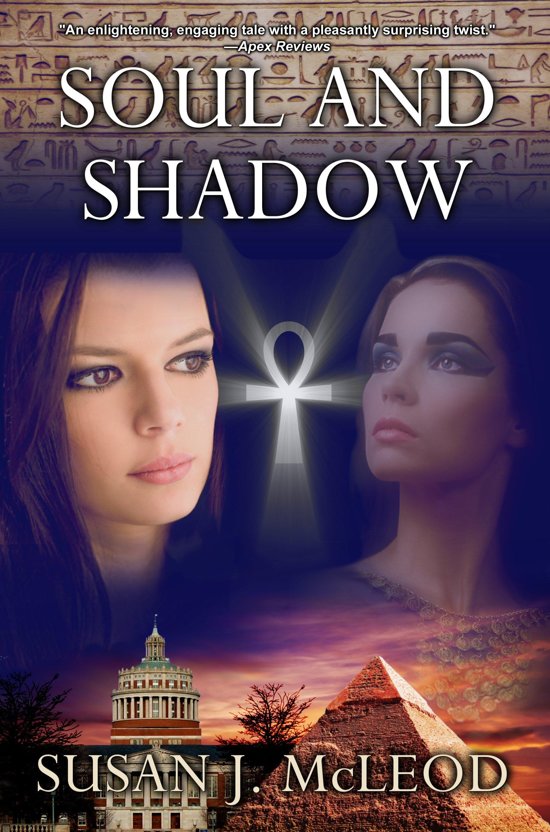 In ancient Egypt, a young priestess of the goddess Hathor is laid to rest in a beautiful tomb with everything she needs for her journey into the afterlife…


Three thousand years later, archaeologist Ursula Allingham discovers the mummy of Amisihathor and is confronted by a mystery. Is the man buried with the priestess really her husband? Or was she actually in love with a scribe called Kamenwati and separated from him in life as well as death?


To answer these questions, Dame Ursula turns to Egyptology student and artist Lily Evans, who reluctantly agrees to help. Lily learns that she is psychically linked to Amisihathor and experiences a strange, unsettling phenomenon—the memories and emotions of the Egyptian woman. Luckily, Lily has her beloved pet Cleocatra and her irrepressible friend Katy to keep her grounded in reality. Or so she hopes.


Dealing with the challenges of falling in love with Ursula's grandson Kent, the reappearance of her ex-fiance Stephen and the demands of her mother and her boss Professor Briggs, Lily soon realizes she has taken on much more than she bargained for.