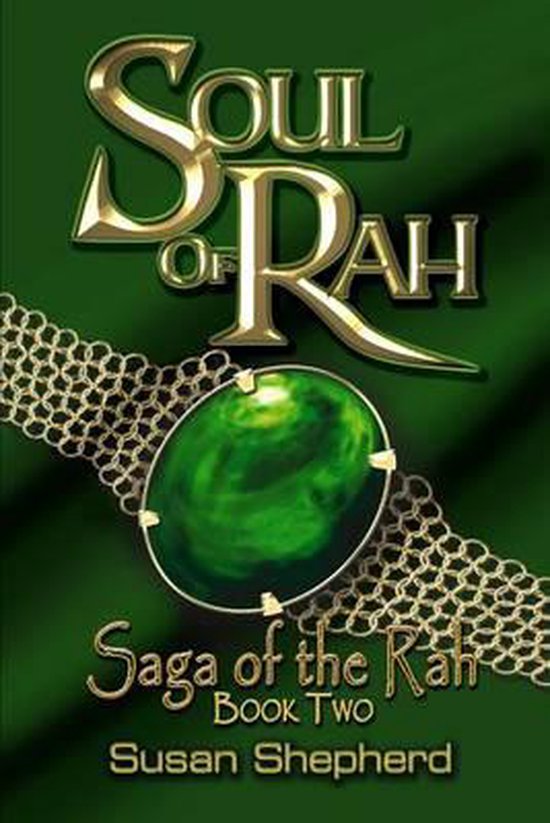 Soul of Rah, the second book of the Saga Of The Rah series, begins with the assassin's ship docking at the Fortress of the Amega on the cliffs of Anatolia. As the ship enters the harbor, Mochlos, High Priests of the Moon and maker of The Rah, schemes to make himself indispensable to Rush in order to assure his position in his new home. To his dismay Rush has appointed Nikolaus Lieutenant General of Amega, leaving the priest's fate uncertain, and has disappeared in the night to carry out a contract made with dying King Hattusilis to kill his own son, leaving his grandson Mursilis successor to the Hittite throne. But Rush's work is interrupted by the ambitious consort to the King's son, Sophina, a meeting that will ultimately leave Amega open to a diabolical Amorite counterattack set in motion by a plague animal. Meanwhile, in Amega, Mochlos hatches his own evil plan. He uses poison to sicken the boy-god, Rah, in order to convince the assassin that only he, High Priest of the Moon and the slave-god's maker, can control the god within him. In Soul of Rah, fact is married to invention as the author continues the saga of the slave-god Rah during the last days of the reign of Hittite King Hattusilis, with the unsolved assassination of his son and the puzzling and inexplicably brief Hittite control of Babylon in 1600 B.C..
Toon meer Toon minder