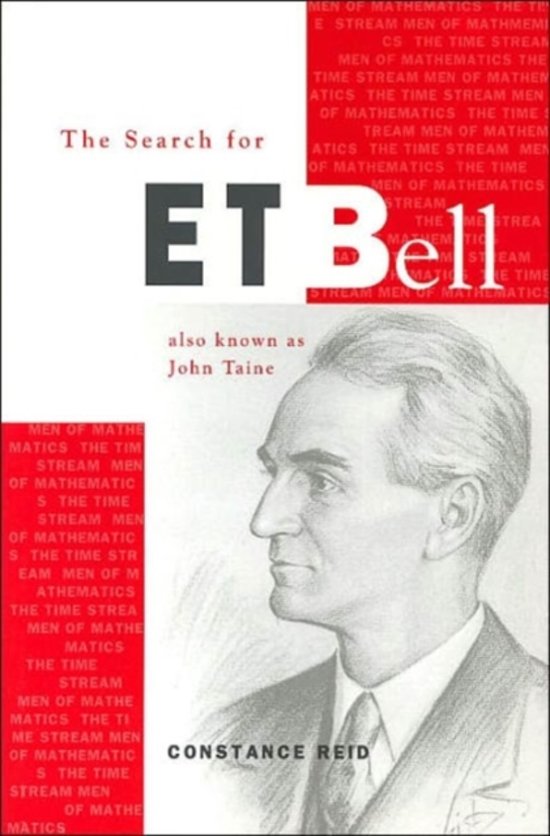 Eric Temple Bell (1883-1960) was a distinguished mathematician and a best selling popularizer of mathematics. His Men of Mathematics, still in print after almost sixty years, inspired scores of young readers to become mathematicians. Under the name of John Taine, he also published science fiction novels (among them The Time Stream, Before the Dawn, and The Crystal Horde) that served to broaden the subject matter of that genre during its early years. In The Search for E. T. Bell, Constance Reid has given us a compelling account of this complicated, difficult man who never divulged to anyone, not even to his wife and son, the story of his early life and family background. Her book is thus more of a mystery than a traditional biography. It begins with the discovery of an unexpected inscription in an English churchyard and a series of cryptic notations in a boy's schoolbook. Then comes an inadvertent revelation, by Bell himself, in a respected mathematical journal. You will have to read the book to learn the rest.
Toon meer Toon minder