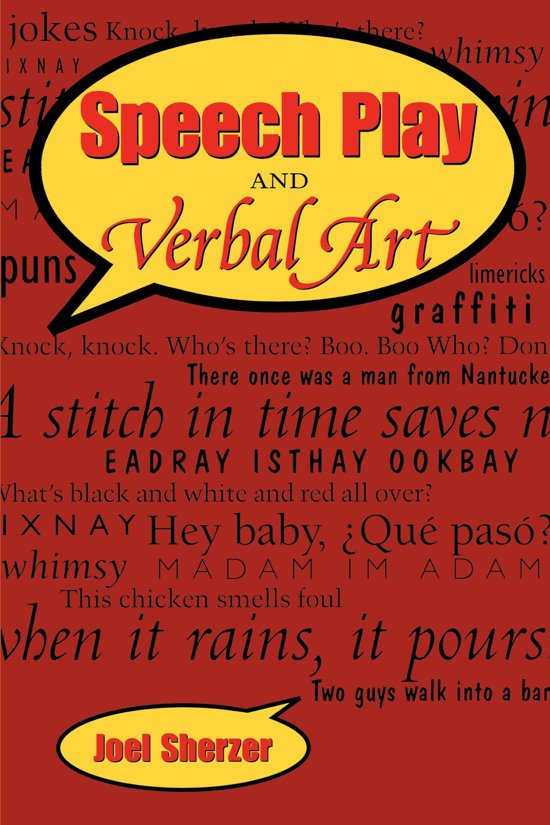 Puns, jokes, proverbs, riddles, play languages, verbal dueling, parallelism, metaphor, grammatical stretching and manipulation in poetry and song— people around the world enjoy these forms of speech play and verbal artistry which form an intrinsic part of the fabric of their lives. Verbal playfulness is not a frivolous pursuit. Often indicative of people's deepest values and worldview, speech play is a significant site of intersection among language, culture, society, and individual expression.In this book, Joel Sherzer examines many kinds of speech play from places as diverse as the United States, France, Italy, Bali, and Latin America to offer the first full-scale study of speech play and verbal art. He brings together various speech-play forms and processes and shows what they have in common and how they overlap. He also demonstrates that speech play explores and indeed flirts with the boundaries of the socially, culturally, and linguistically possible and appropriate, thus making it relevant for anthropological and linguistic theory and practice, as well as for folklore and literary criticism.
Toon meer Toon minder

This book is impressive for its erudition and its thoroughness...Sherzer more than succeeds in proving his point that the study of speech play is central to understanding language use. * Journal of Sociolinguistics *