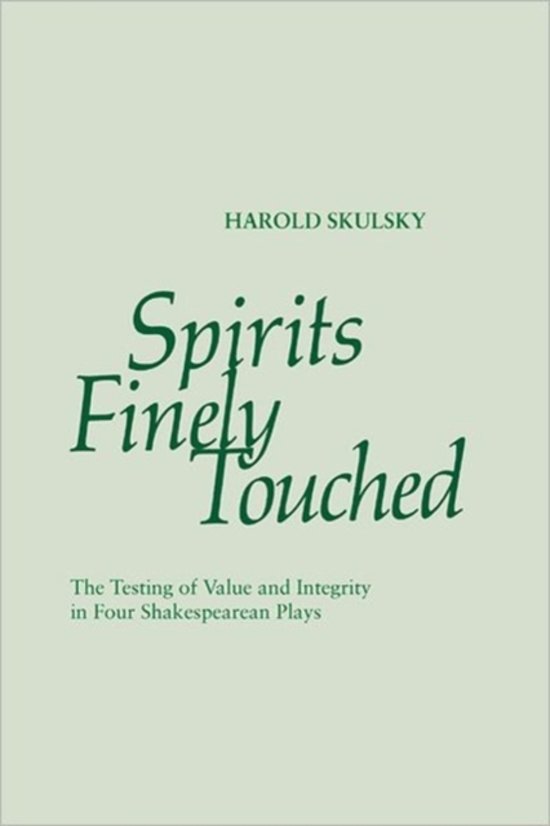 Armed with a fresh analysis of Shakespeare's inherited resources for articulating anxieties rooted in philosophical doubt, Skulsky shows that in four plays-Hamlet, Measure for Measure, King Lear, and Othello-the drama of doubt in search of an exit gives its own kind of urgency to the more familiar Shakespearean drama of action and motive. From Skulsky's study, the four plays emerge as insidiously telling exercises in challenging our working faith in the objectivity of moral choice and the possibility of knowing other minds. In particular, Skulsky notes that Shakespeare takes calculated risks with our personal interest in his heroes by assigning them disturbing convictions as well as contemptible actions. In one of the plays, such convictions end by looking just as threatening as they do at the outset. In the others, Shakespeare offers a special kind of affirmation and compassion-an affirmation designed to stand against the worst of pessimism, and a compassion that makes room for the worst of the damned.
Toon meer Toon minder

The issues discussed are of real moment and Skulsky allows us to feel this, partly because the issues really are raised by Shakespeare. A compelling account of Shakespeare's predominance in the theatre of the mind. A book of high merit, in which learning, intellectual fervor, and originality happily combine.