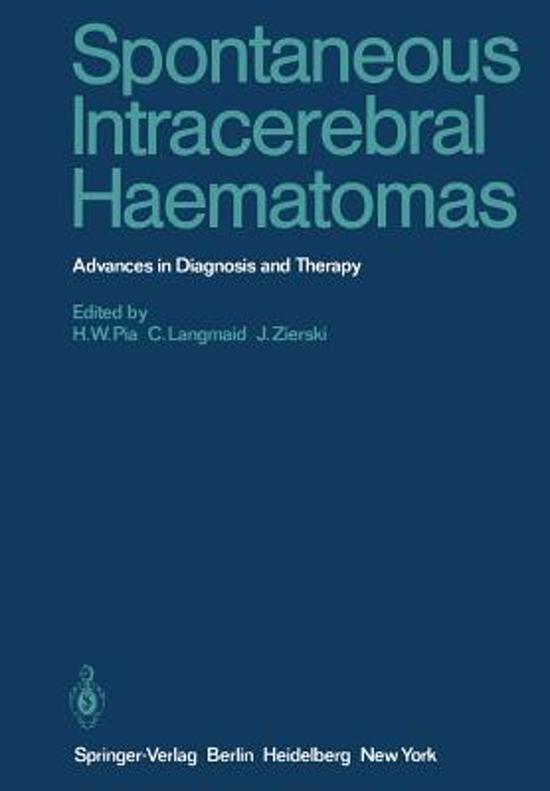 Spontaneous intracerebral haemorrhages are the most dangerous complication of cerebral vascular disease. Because of their frequency and the fact that they lead to serious injuries, prolonged disabilities and, often, death, they have acquired an enormous significance, both medically and socially. Their precise diagnosis, location, wide extent and accomp~ying manifestations were for a very long time uncertain and, in small and deeply situated haematomas, these factors were impossible to determine. Diagnosis was confirmed by the clinical picture, by angiography and sometimes by ventriculography and included, in the main, both lobar and more extensive haematomas. The results of operative treatment following the first attempt of H. Cushing in 1903 were poor and remained unsatisfactory in spite of the endeavours of numerous authors (Guillaume et al. 1956; Lazorthes 1956; McKissock et al. 1959; Luessenhop 1967 and many others). Especially for the most frequent and typically hypertensive haematomas in the region of the internal, capsule, the opinion was often expressed that operative treatment was useless.
Toon meer Toon minder