Stanley in Africa The Wonderful Discoveries and Thrilling Adventures of the Great African Explorer, and Other Travelers, Pioneers and Missionaries 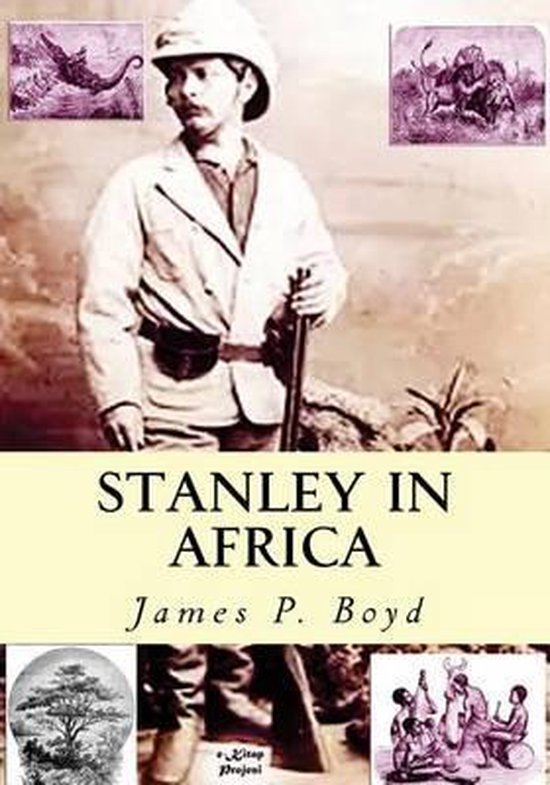 Victor Hugo says, that "Africa will be the continent of the twentieth century." Already the nations are struggling to possess it. Stanley's explorations proved the majesty and efficacy of equipment and force amid these dusky peoples and through the awful mazes of the unknown. Empires watched with eager eye the progress of his last daring journey. Science and civilization stood ready to welcome its results. He comes to light again, having escaped ambush, flood, the wild beast and disease, and his revelations set the world aglow. He is greeted by kings, hailed by savants, and looked to by the colonizing nations as the future pioneer of political power and commercial enterprise in their behalf, as he has been the most redoubtable leader of adventure in the past. This miraculous journey of the dashing and intrepid explorer, completed against obstacles which all believed to be insurmountable, safely ended after opinion had given him up as dead, together with its bearings on the fortunes of those nations who are casting anew the chart of Africa, and upon the native peoples who are to be revolutionized or exterminated by the last grand surges of progress, all these render a volume dedicated to travel and discovery, especially in the realm of "The Dark Continent," surprisingly agreeable and useful at this time. How like enchantment is the story of that revelation which the New America furnished the Old World! What a spirit of inquiry and exploit it opened! How un-precedented and startling, adventure of every kind became! What thrilling vol-umes tell of the hardships of daring navigators or of the perils of brave and dash-ing landsmen! Later on, who fails to read with the keenest emotion of those dan-gers, trials and escapes which enveloped the intrepid searchers after the icy secrets of the Poles, or confronted those who would unfold the tale of the older civiliza-tions and of the ocean’s island spaces. Though the directions of pioneering enterprise change, yet more and more man searches for the new. To follow him, is to write of the wonderful. Again, to follow him is to read of the surprising and the thrilling. No prior history of discovery has ever exceeded in vigorous entertainment and startling interest that which centers in “The Dark Continent” and has for its most distinguished hero, Henry M. Stan-ley. His coming and going in the untrodden and hostile wilds of Africa, now to rescue the stranded pioneers of other nationalities, now to explore the unknown waters of a mighty and unique system, now to teach cannibal tribes respect for decency and law, and now to map for the first time with any degree of accuracy, the limits of new dynasties, make up a volume of surpassing moment and peculiar fascination. All the world now turns to Africa as the scene of those adventures which pos-sess such a weird and startling interest for readers of every class, and which invite to heroic exertion on the part of pioneers. It is the one dark, mysterious spot, strangely made up of massive mountains, lofty and extended plateaus, salt and sandy deserts, immense fertile stretches, climates of death and balm, spacious lakes, gigantic rivers, dense forests, numerous, grotesque and savage peoples, and an animal life of fierce mien, enormous strength and endless variety. It is the country of the marvelous, yet none of its marvels exceed its realities. And each exploration, each pioneering exploit, each history of adventure into its mysterious depths, but intensifies the world’s view of it and enhances human interest in it, for it is there the civilized nations are soon to set metes and bounds to their grandest acquisitions—perhaps in peace, perhaps in war. It is there that white colonization shall try its boldest problems. It is there that Christianity shall engage in one of its hardest contests.
Toon meer Toon minder