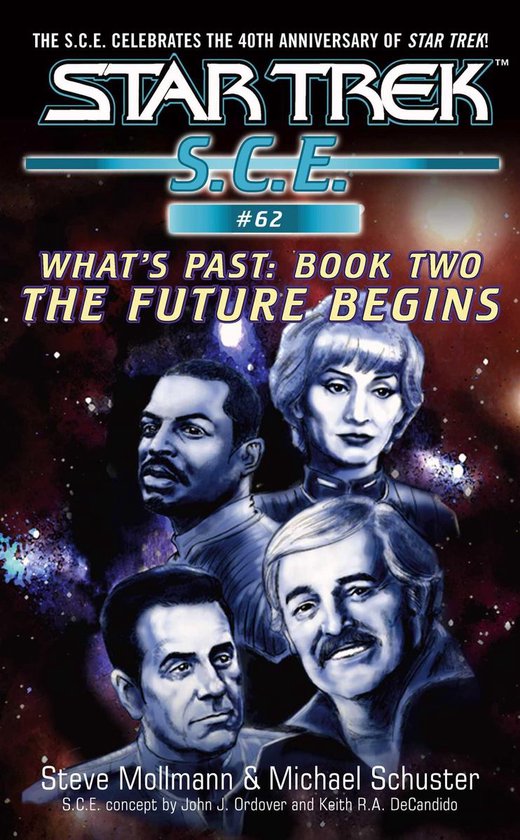 A special six-part S.C.E. event that flashes back to previous adventures of the S.C.E. crew from the 23rd century to the height of the Dominion War, with special guests from all across the Star Trek universe!

2375: After being rescued from the U.S.S. Jenolen by the crew of the Starship Enterprise™, Captain Montgomery Scott found himself seventy-five years removed from the time he knows, a twenty-third-century engineer now living in the twenty-fourth. Now he serves as the liaison between the Starfleet Corps of Engineers and the admiralty, supervising the S.C.E.'s mission assignments.

But Scott's transition into a new century is not an easy one. The horrors of the Dominion War in particular bring about a crisis of conscience that leads Scotty from the strife-torn world of Kropasar to the pleasure planet of Risa, where encounters with Admirals Alynna Nechayev and William Ross, Ensign Robin Lefler, and Lefler's mysterious mother lead Scotty to a momentous decision....