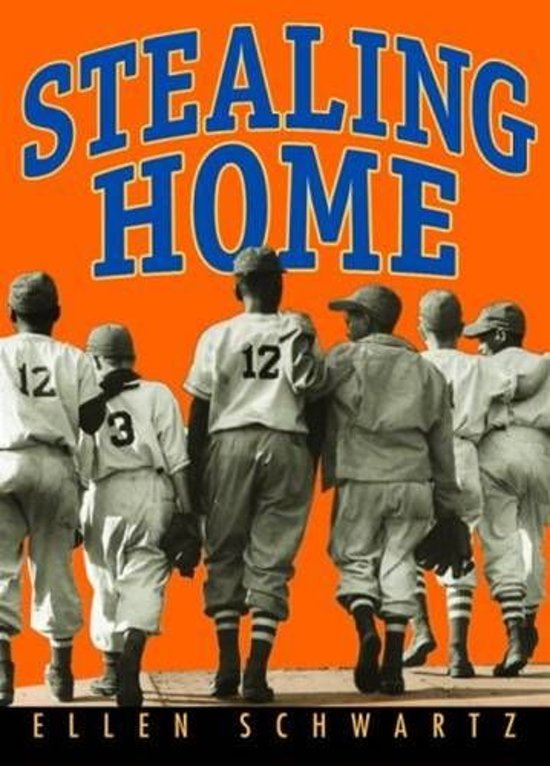 It is 1947 and Yankee fever grips the Bronx. Nine-year-old Joey Sexton joins the neighborhood kids who flock to the park to team up and play. However, Joey is of mixed race and his skin is lighter than the other kids'. He is seldom picked.


When Joey's mother dies, he is sent to live with his mother's estranged family. Joey is whisked away to Brooklyn. Though it's just across town, it might as well be a different world. His grandfather, his aunt Frieda, and his ten-year-old cousin Roberta are not only white, they are Jewish. Joey knows nothing about Brooklyn or Judaism. The only thing that's constant is the baseball madness that grips the community. Only this time, the heroes aren't Joey's beloved Yankees. They are the Brooklyn Dodgers, especially Jackie Robinson, a man whose struggle to integrate baseball helped set the stage for black America's struggle for acceptance and civil rights.


From the Trade Paperback edition.