Stopping the Carnage on African Roads The Case of Ghana, Nigeria and South Africa 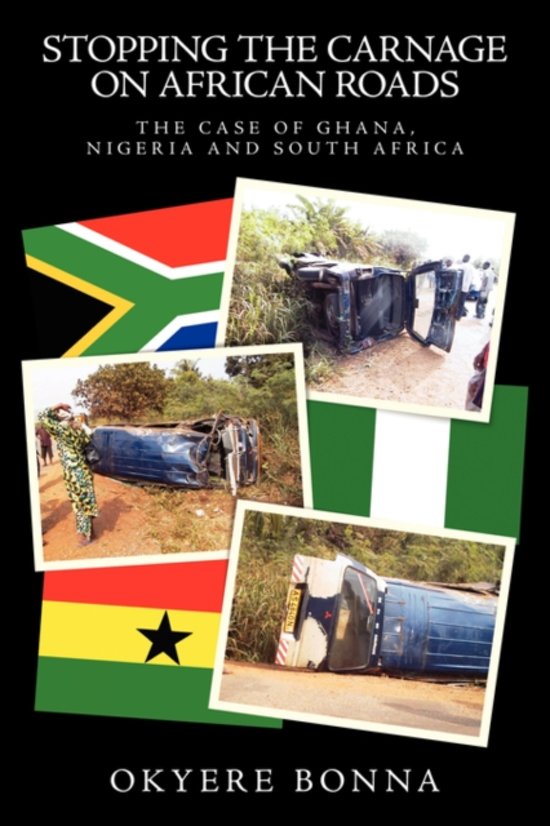 O More than 1.2 million people die in road traffic crashes every year O As many as 50 million people are injured or disabled by road traffic crashes every year O Road traffic crashes cost countries up to 4% of their Gross National Product O Correctly used seat-belts reduce the risk of death in a crash by 61% O Mandatory use of child restraints can reduce child deaths by 35% O Helmets reduce fatal and serious head injuries by up to 45% O Enforcing a drinking and driving law around the world could reduce alcohol-related crashes by 20% (WHO, 2005). According to the World Health Organization (WHO), Africa has the world's highest rate of road fatalities per capita. For example, the statistics indicate that 2,043 people perished in road accidents in 2007 in Ghana alone compared to 1,858 people who died in 2006. Many factors contribute to road accidents in Africa. The notable ones include bribery and corruption. "While the focus of this book is Ghana, Nigeria and South Africa, for obvious reasons, nonetheless, Stopping the Carnage on African Roads is unmistakably germane to the totality of the dismal traffic situation in Africa at large. In this sense, the expansive title of the book is all the more appropriate. In sum, on the critical subject of preventable road carnage in Africa, Mr. Bonna is one, among a dispiritingly low number of writers and intellectuals, who knows exactly what he is talking about. In essence, the author's argument revolves around the salutary, commonsensical and imperative need for postcolonial African governments to ensure that the auspicious facility of vehicular transportation is safely and productively engaged. The latter observation, of course, implies the stringent and impartial enforcement of transit laws and penalties." (Kwame Okoampa-Ahoofe, Jr., Ph.D., Bronx, New York).
Toon meer Toon minder