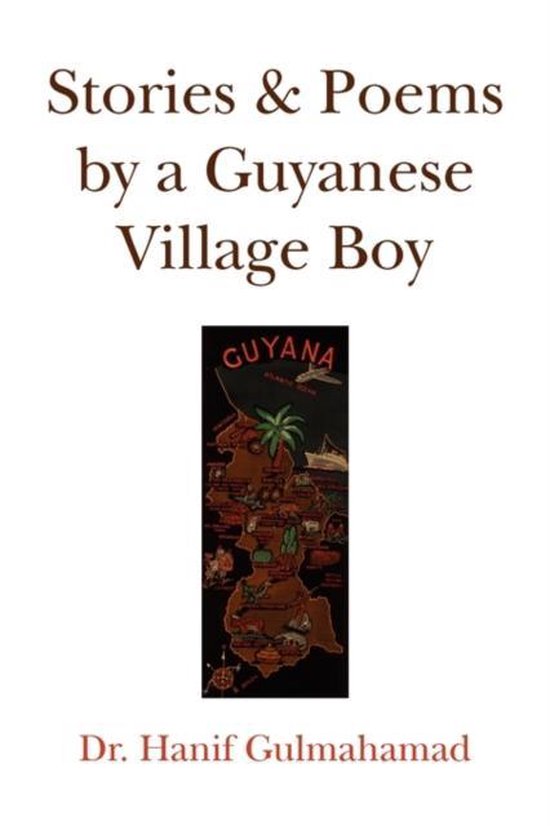 Book Description This book is a compilation of 27 short stories and 17 poems written by Dr. Hanif Gulmahamad who was born in 1945 on Springlands Sugar Estate, Corentyne, Berbice in what was then the colonial territory of British Guiana. The stories in this book are based on real incidences and events that took place in the 1950's and early 1960's while the author was a young lad residing at No. 73 Village, Corentyne, Berbice, Guyana. The characters mentioned in the stories were real people though most of them are probably now deceased. This book was written in 2008 and it is based on the author's best recollections of events which occurred over 45 years ago. Due to the fact that four and a half decades elapsed between the actual occurrence of these events and the time they were written, these stories may not be completely accurate. It is not the intention of the author to portray anyone in these stories in a negative light. Real names were mentioned in the stories in an attempt to be as pragmatic as possible. Great consideration, effort, and time were expended in order to keep these stories as realistic and accurate as possible. The 1950's and 1960's was an idyllic and carefree time for a young lad growing up in a far away village in British Guiana. The country was still under colonial rule at that time and there were laws and rules and there was the rule of law. It was a safe and secure place to grow up as a young boy. Most people in the villages were poor but there were ample opportunities to hunt, fish, farm, and eke out a living. For a lad of my age at the time, every day was an adventure. All you had to do was walk across the road and enter the farmlands and an adventure began. Life was simple and even though people worked hard for a living they were, for the most part, a happy lot. Wealth and material possessions were not necessary ingredients for a happy and fulfilling life. People accepted their lot in life and did not aspire to unachievable ideals and goals. You made do with what you had and you were grateful for what little you had. The stories in this book cover a wide variety of events and situations some of which are humorous. Children in Guyana, particularly those who live away from the cities, will find these stories fascinating. It is the author's hope that children in Guyana, who can most relate to these stories, are afforded an opportunity to read this book. Back in the day when the author was a young boy in Guiana, books were very scarce commodities and anything and everything in print were read with great relish. Books told the author things and took him places he could only imagine at the time. In those days there were only two radio stations in the entire country and there was no television. Two movies theatres were located at Skeldon and the cost of one shilling to attend a movie there was often cost prohibitive to many people. The events in these stories were set in a place and time that is now gone and most probably lost forever. One of the major goals of the author was to record these stories for posterity. The poems in this book cover diverse times, topics, and places. The author currently lives in southern California and works in Los Angeles. Some of these poems reflect great nostalgia and longing for a life, place, and time that is gone. For example, the poems, I am not from here, I still have my memories, and it was supposed to be a temporary thing, convey great yearning for what the author perceives as things that he has lost having left Guyana and migrated to the United States. The contents of this book cast some light on the author's life story which is a remarkable one. Born to functionally illiterate parents on a British sugar plantation in a faraway place in Guyana, the author went on to obtain a PhD degree from the University of California, Riverside. He has written and published over 60 technical and scientific papers including two chapters in books. It is important
Toon meer Toon minder