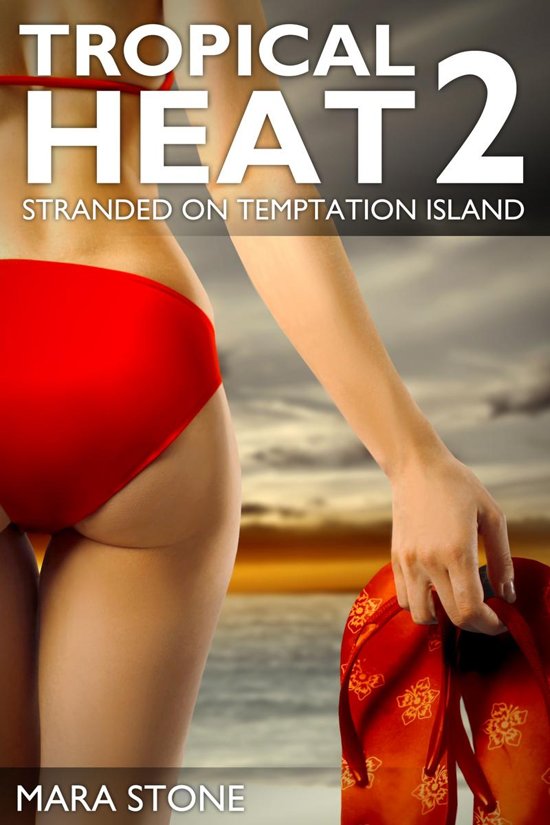 Danny struggles to stay faithful to his beautiful wife, Lisa. When his travel agents conference in Barbados is called off because a hurricane threatens the island he suddenly finds himself with time to spare. Will he be able to resist the advances of another guest? When Lisa arrives unexpectedly to surprise him he finds that he is suddenly stranded on Temptation Island!

Danny began to head back to his own room before he realized he was still technically banned from that area of the hotel. It certainly wouldn't be peaceful listening to the crash of the rain and the wind on the glass. Should he head to Isabella's room? Hers was an interior room and therefore somewhat insulated from the storm.

His wife was there; it was perfectly acceptable.

He headed in that direction and found Isabella's door slightly ajar. From inside the room, he heard chatting and… was that… giggling? Curious, he knocked.

He ducked in to find Isabella and his wife sitting very close together on the king-sized bed, whispering in one another's ear. Isabella laughed, and Lisa giggled again.

Danny looked at them suspiciously. "Everything okay?"

"Sure," he said, and held out a hand to stop her from getting up. "I'll get it myself."

She smiled. He turned to the mini bar and scrounged for tequila and lime. When he'd added sugar, he turned and, jaw dropping, very, very slowly set his drink back on the counter.

Lisa and Isabella were kissing. Slowly, Isabella's mouth moved over Lisa's, and Lisa's hand had risen to gently touch Isabella's face. Her fingers gently caressed Isabella's cheek as she tilted her head and quite enthusiastically kissed the other woman back.

Danny was stunned. As far as he knew, Lisa had no sexual experience with a woman whatsoever. What did she have up her sleeve? Whatever it was, he liked it so far.

Isabella broke off the kiss and turned to Danny, smiling while she held Lisa to her. "Lisa says you've been a bad boy, Danny," she said. "I think you deserve to be punished."

"I'm going to make love with your wife right here, while you watch. Get your drink and pull up a chair."