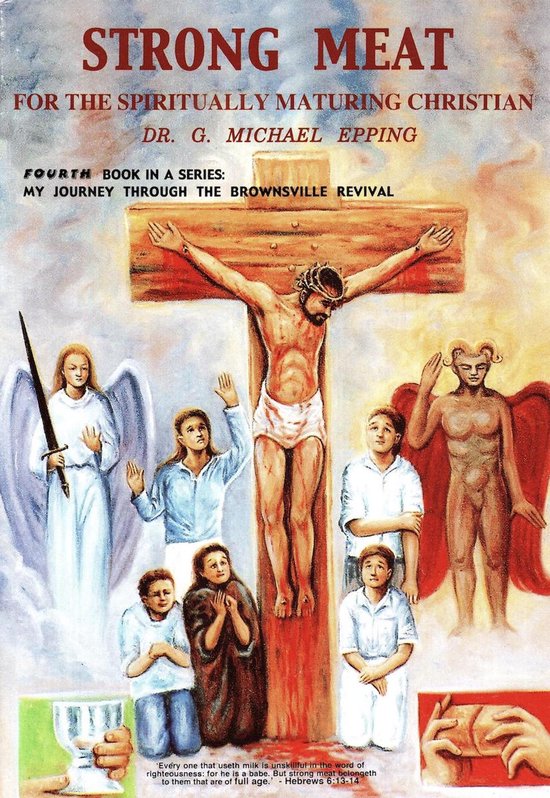 God wants all believers to move from being spiritual babes to a position of maturity. This does not mean trading in the zeal of the new Christian for maturity, but rather keeping the zest, while adding in knowledge and wisdom, as one's mind is renewed. In Hebrews 5:13-14, we are told that "every one that useth milk is unskillful in the word of righteousness: for he is a babe. But strong meat belongeth to them that are of full age.' It is only in this way that we can become useful to Him. In Hebrews 6:1,2, we are told to "press on toward maturity.' In 2 Peter 1:5-1, it tells of certain qualities that must be added to our faith, if we want to be fruitful and useful to God. These include: moral excellence; godliness; knowledge; brotherly kindness; self-control; love; and perseverance. If we want to be fruitful, it is up to us to add these qualities to our faith as part of the process of maturing. The Bible does not say that God will do this as part of His grace. It is a part of the righteous work needed to follow after Jesus. No one can be a friend of God and a friend of the world at the same time. In James 4:4, it shows that some believers thought they could engage in the immorality of the world and still walk with God, but James made it clear that friendship with the world means hostility towards God. We cannot have both. Spiritual growth and immoral behavior can not happen at the same time within a Christian. We are either conforming to the world or to God. What is the difference between being in the world and being of the world? Believers are in the world in the sense of living in and around those in society that are unsaved. However, we should not be of the world in the sense of living according to its standards and morals. As Christians, we are not of this world, and are strangers and aliens, meaning that we are citizens of our true home that is in heaven. Our moral purity rather comes from standing firm according to the Word of God.

Obviously, God will wink at some of the actions of a new Christian for a season, as they have not had time to fully learn what is required to walk righteously in front of a Holy God. Someone in the church should take on the responsibility to disciple and mentor the new convert, so that he can begin to grow in the Word of God. It can be argued that the new babe can do this himself through a daily Bible study. Some have been able to successfully do this, while many others need the helping hand of the mentor to show them the way. Teaching is one of the five-fold ministries, and can be used not only with maturing Christians, but in helping the new Christian begin the process of renewing his mind. This may be the most important area of Christian ministry; one that is sadly neglected in too many churches. Too many new Christians have fallen along the pathway of moving from a new babe to spiritual maturity, because there was no one to help them at a critical point in their development. If the Christian is not there, you can bet that the Devil will be. This should not happen if the Church is properly carrying out the duty of teaching the new Christian. God expects us to mature, and not remain babes. What He may pass over in the new convert, He also expects to get cleaned up over time, as one reads, studies, and meditates on the Word, and is lead by the Holy Spirit. Bad habits are to be cast aside, and any thing that might defile the Holy Temple that is now contained within us must be consecrated to God.