Studies on Locke Sources, Contemporaries, and Legacy: In Honour of G.A.J. Rogers 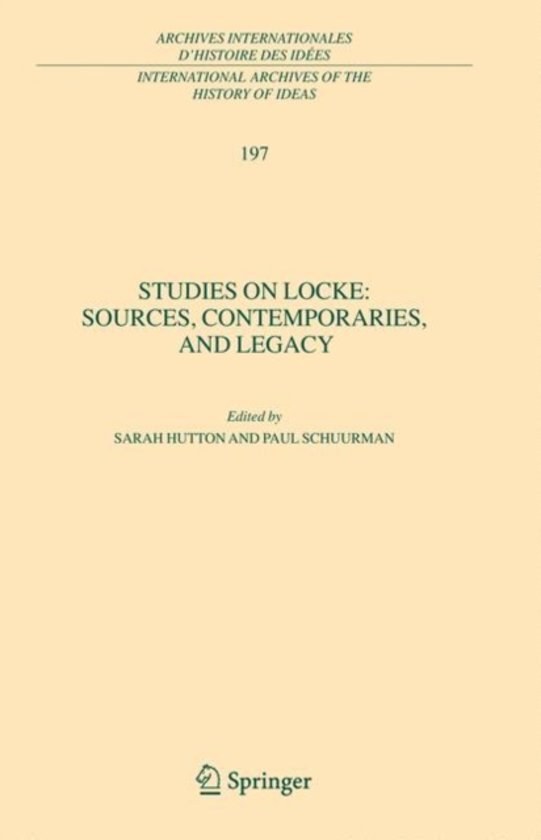 John Cottingham In the anglophone philosophical world, there has, for some time, been a curious relationship between the history of philosophy and contemporary philosophical - quiry. Many philosophers working today virtually ignore the history of their s- ject, apparently regarding it as an antiquarian pursuit with little relevance to their cutting-edge research. Conversely, there are historians of philosophy who seldom if ever concern themselves with the intricate technical debates that ll the journals devoted to modern analytic philosophy. Both sides are surely the poorer for this strange bifurcation. For philosophy, like all parts of our intellectual culture, did not come into existence out of nowhere, but was shaped and nurtured by a long tradition; in uncovering the roots of that tradition we begin see current philoso- ical problems in a broader context and thereby enrich our understanding of their signi cance. This is surely part of the justi cation for the practice, in almost every university, of including elements from the history of philosophy as a basic part of the undergraduate curriculum. But understanding is enriched by looking forwards as well as backwards, which is why a good historian of philosophy will not just be c- cerned with uncovering ancient ideas, but will be constantly alert to how those ideas pre gure and anticipate later developments.
Toon meer Toon minder