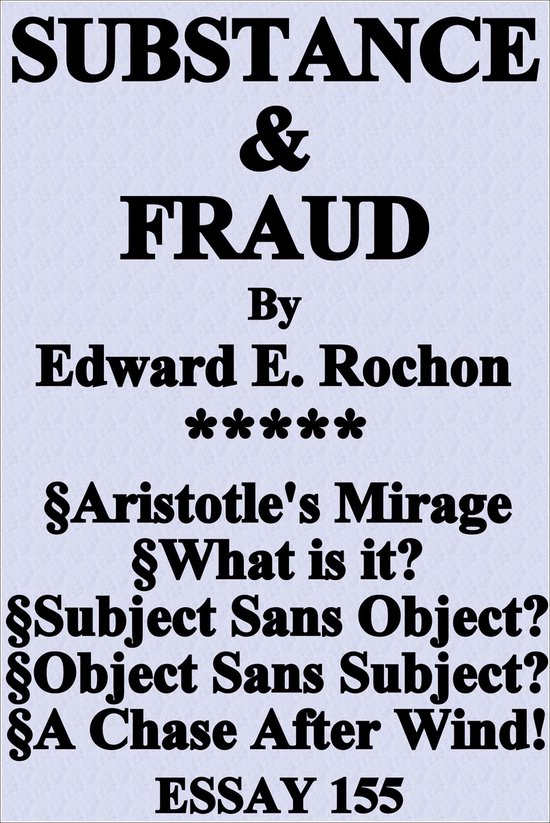 A preface introduces the topic. Chapter 1 reviews the origins of the term, substance. We discuss its proponents and detractors briefly, point out the logical inconsistencies and problems with hunting this substance down. We sidestep all problems but one, concerned with the pursuit of one or several elemental fundamentally simple substance(s), the Holy Grail of unified field theories. I review certain objections to plenum and atomic theories that try to get at some core or basic notions of matter made in some of my past essays. We show that matter must be complex at all levels, as any attempt to make it simple results in contradiction. We reject any notion of Idealism based upon the notion that matter as such must be simple to be real, and so opening up Idealism as the only solution: that there is only one substance covering both mind and matter. We accept absolute time and space, and reject any pursuit of an elemental substance(s) as a chase after wind. We can break things down but without worrying about elemental substance. Standards of space and time, in contrast, are essential to prediction, manipulation of the world at all levels: microscopic, cosmic and mundane. Chapter 2 attacks the quest for the base elemental substance, mentioning CERN, and bemoaning its impediment to science. We end with a somewhat cryptic condemnation of science communities.