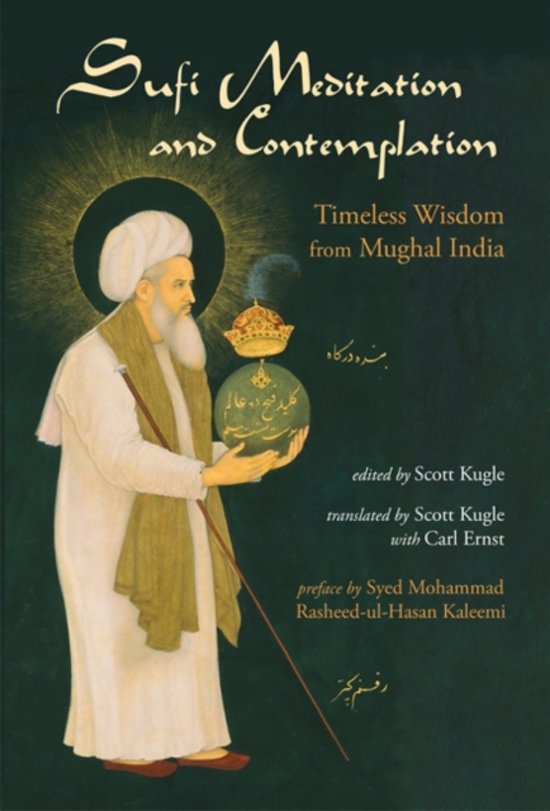 Sufi Meditation and Contemplationoffers fresh translations of three classic Sufi texts from Mughal India: The Alms Bowl of Shaykh Kalimullah Shajehanabadi,The Compass of Truth by Dara Shikoh, and Treatise on the Human Body attributed to Mu'in al-Din Chishti.These texts elucidate meditation practices and the resulting effects. All three come from the Mughal era in India, which witnessed a flowering of Sufism in innovative personalities, diverse mystical orders and bold literary expressions.

“Meditation is the way to instill the values in the heart, to such a depth that the heart itself is transformed. The heart then is not merely an organ in the body, and is not just one’s own personal center; when properly activated through meditation, the heart opens up to reveal the very presence of God with one and with all.
To find this state of loving intimacy is the advice of the Qur’an when it says, “So remember me, that I may remember you.” And according to Sufi teachings, to meditate and contemplate is the way to draw God down to you and to allow yourself to be lifted up toward God.
This book presents contemporary English translations of three Sufi texts which are about meditation and contemplation, which explain why the practice is necessary, how it should be done, and what effects can be expected from its dedicated performance. All three texts come from the Mughal era in India, which witnessed a flowering of Sufism in many innovative personalities, diverse mystical orders and bold literary expressions.”
—from the foreword by Scott Kugle