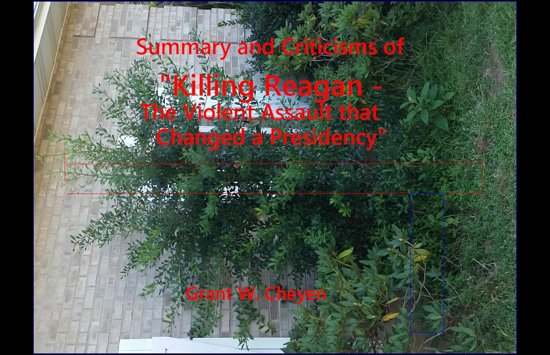 ''Killing Reagan - The Violent Assault That Changed a Presidency,'' by Bill O'Reilly and Martin Dugard, was released in 2015 and became an immediate bestseller. The book loosely chronicles Ronald Reagan throughout his life and his eight-year presidency, but its principal emphasis is on the attempted assassination of Ronald Reagan in 1981 by a deranged gunman, John Hinckley Jr. President Reagan was severely wounded in the shooting, bur recovered quickly and suffered no obvious long-term effects, being able to deliver the State-of-the-Union address to the joint Session of Congress less than one month later. ''Killing Reagan'' follows the Reagan presidency through the remainder of his two terms in office, ending in 1988, and then covers his life in retirement until his death in 2004.
Soon, however, critical voices were heard. Four Reagan biographers, who had written a total of nineteen books about Ronald Reagan and his administration, began to challenge its content, criticizing what they claimed were major historical inaccuracies and outright fabrications. Additional criticisms came up from officials who had served in the Reagan administration, such as Ed Meese, Counselor to the President, George Schultz, Secretary of State, and others. They had hands-on experience and were present at the events discussed in the book, and disputed what certain others claimed had happened.
This book provides a chapter by chapter summary of ''Killing Reagan'', each as brief as possible, yet sufficiently detailed that its essentials points can be ascertained. The criticisms of the book are then presented, providing sufficient details of the contrary stories to permit the reader to gain an initial impression of the validity of the criticisms. Furthermore, the articles quoted are readily in print or on the internet.
The reader now has several options available. He may decide to learn more by reading the original book and the critical articles identified in the ''Summary and Criticisms.'' If he is only interested only in certain aspects of the Reagan presidency, he can then use the chapter summaries to guide him to the more detailed information that he wants. If the reader is mainly interested in the more controversial parts of the book, then he has ready access to this material both from the chapter summaries and from the critical articles.