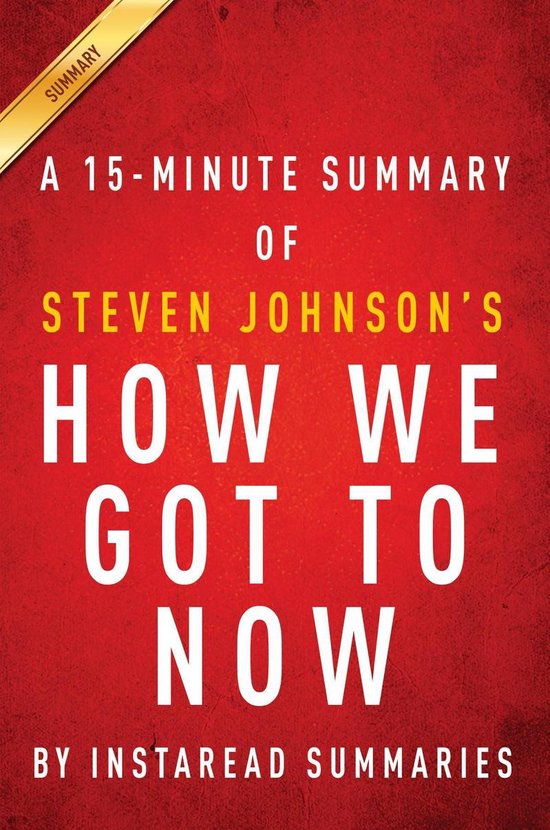 PLEASE NOTE: This is a summary of the book and NOT the original book.
How We Got to Now by Steven Johnson - A 15-minute Summary

Glass formed in the Libyan desert about twenty-six million years ago when grains of silica became superheated for some unknown reason. People began making ornaments from it about ten thousand years later. Still later, Roman artisans learned to make glass windows and drinking vessels from these early examples of glass.

In 1204, Turkish glassmakers migrated to Venice, a major trade hub. The merchants of Venice happily began trading in this new commodity, but the high heat required for glassmaking kept sparking fires in the city. In 1291, the glassmakers were relocated to the island of Murano, where their creative community has thrived due to new levels of competition and shared innovation.

Murano glassmakers developed crystal, an extremely clear glass that bends light very precisely. Monks in northern Italy used it to create the first eyeglasses. Other than monks, most people did not read, so there was little demand for glasses until Johannes Gutenberg’s printing press made books accessible in the 1440s. Other innovators began studying the properties of convex pieces of glass. In 1590, a father and son in the Netherlands invented the microscope, which British scientist, Robert Hooke, used in the next century to discover the cell, the building block for life.

In 1608, Hans Lippershey patented a lens that magnified what a person was viewing through it. Galileo improved on the Lippershey’s design and, two years later, was using a telescope to challenge the assumption that all heavenly bodies revolved around the Earth. The printed word spread his ideas and helped pave the way for the Renaissance.

One hummingbird effect of glass came from a quest to measure things. In 1887, British physicist, Charles Vernon Boys, created a thin fiber of glass to use as a balance arm. The new type of glass, which would come to be called fiberglass, was very strong. Within a hundred years, fiberglass was widely used in insulation, airplanes and computer circuits.
Toon meer Toon minder