Summary of the Children ACT By Ian McEwan Includes Analysis 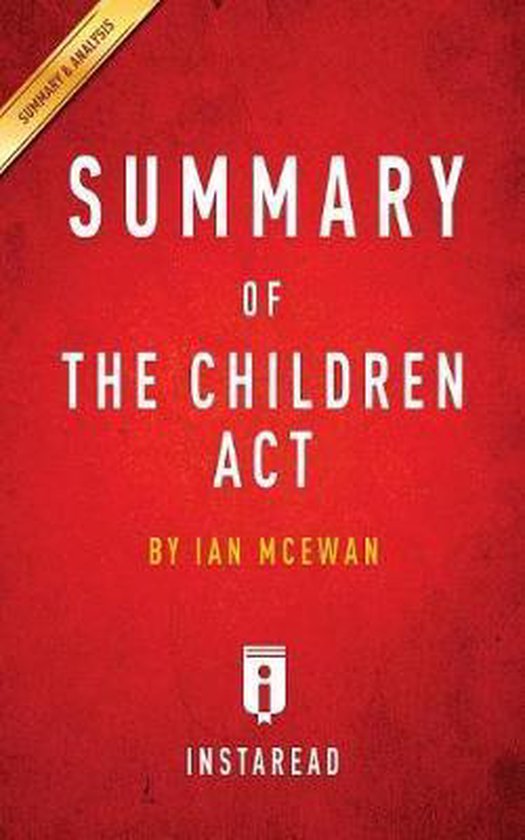 PLEASE NOTE: This is a summary of the book and NOT the original book.
A 15-minute Summary of Ian McEwan’s The Children Act

Fiona Maye is a Family Division High Court judge in London. She makes decisions concerning the welfare of children. Her husband, Jack, tells her that he wants to stay married to her, but that he wants to have an affair with her knowledge and consent. He is not happy with their sex life and wants to have his needs met elsewhere. They have been married for thirty-five years, and he feels they have become more like siblings than spouses. The other woman is his statistician, Melanie. Fiona feels insulted, angry, and hurt by his request.

Fiona knows there is some truth in Jack’s accusation. She knows they have both been busy, and their life has not been passionate. She rationalizes it to herself by blaming her heavy workload. In particular, she thinks about a case she dealt with in the recent past. The case concerned whether or not a pair of Siamese twins should be separated. The separation would cause one twin to die while the other lived. Not separating them, however, would eventually end in the death of both. The case took an emotional toll on her, even to the point that it affected her feelings about intimacy with Jack. She has been unable to discuss this with Jack. Even so, she is angered by his lack of caring for her, by the choice he is making, and the pressure he is putting on her.

Their argument is interrupted by a phone call from Nigel Pauling, Fiona’s clerk. He tells her that an emergency case has come up concerning a seventeen year old boy who has leukemia and needs a blood transfusion in order to save his life. He and his parents are Jehovah’s Witnesses, and they are refusing the treatment because of their religious beliefs. The hospital is seeking an order from the court to allow them to give him the transfusion without their consent. The case is urgent and must be settled within the next two days if the boy’s life is to be saved. While Fiona is on the phone, Jack retreats to the bedroom again.

After the phone call, Fiona continues to work. When she finishes, she goes to look out the window at the street below. She sees Jack putting his suitcase into the trunk of his car and driving away...
Toon meer Toon minder