Summoning the Powers Beyond Traditional Religions in Micronesia 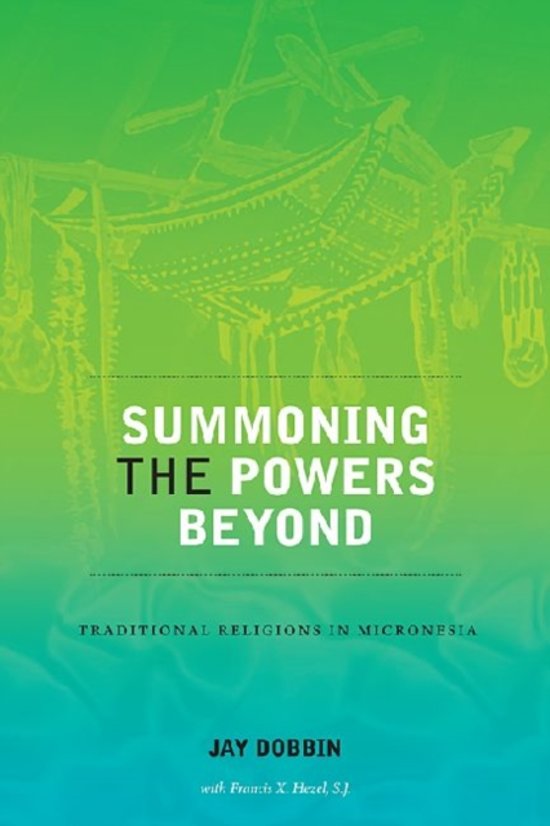 Summoning the Powers Beyond collects and reconstructs the old religions of preindustrial Micronesia. It draws mostly from written sources from the turn of the nineteenth century and the period immediately after World War II: reports of the Hamburg South Sea Expedition of 1908-1910, articles by German Roman Catholic missionaries in Micronesia included in the journal Anthropos, and reports by the Coordinated Investigation of Micronesian Anthropology (CIMA) and the American Board of Commissioners of the Foreign Missions (ABCFM). A detailed introduction and an overview of Micronesian religion are followed by separate chapters detailing religion in the Chuukic-speaking islands, Pohnpei, Kosrae, the Marshall Islands, Yap, Palau, Kiribati, and Nauru. The Chamorro-speaking group of the Marianas is omitted because lengthy periods of intense military and missionary activity eradicated most of the local religion. The Polynesian outliers Nukuoro and Kapingamarangi are discussed at the end primarily to underscore the contrasts between Polynesian and Micronesian religion. In a concluding chapter, the author highlights the similarities and differences between the areas within Micronesia and then attempts an appreciation or evaluation of Micronesia religion. Finally, he addresses the evidence of a tentative hypothesis that Micronesian religion is sufficiently different from that of Polynesia and Melanesia to justify the continued claim of a separate Micronesian religion.
Toon meer Toon minder

In the end, Summoning the Powers Beyond is a very useful collection of materials on a neglected part of the world--older and less scholarly materials that contemporary anthropologists are apt to ignore.... It is very readable, which should make it attractive to students and potentially even the general public, and it would make a nice addition to courses on the anthropology of religion. - Jack David Eller, Community College of Denver-- Community College of Denver